In the meta-analysis, the Paleolithic and Mediterranean diets continued to outperform other dietary interventions such as ketogenic, anti-inflammatory, fasting, and calorie restriction on fatigue and quality-of-life outcomes. 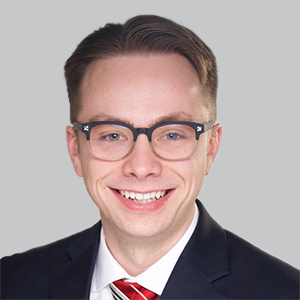 Data from a meta-analysis of trials evaluating dietary approaches in multiple sclerosis (MS) showed that there are several effective approaches, with paleolithic and Mediterranean diets the most consistent in reducing fatigue and improving physical and mental quality of life (QoL). Investigators noted that because the NutriGRADE credibility of evidence was very low for all direct comparisons, the results should be interpreted with caution.1

"Despite the limitations of the this study, the results provide the first synthesis of the literature and suggest that some diets or diet components may reduce fatigue and improve physical and mental QoL among many people with MS,” senior investigator Tyler Titcomb, PhD, RDN, IFMCP, instructor, Department of Internal Medicine, University of Iowa, and colleagues concluded. "These findings are a necessary step toward highly desired dietary recommendations for people with MS, and justify additional well-designed trials to confirm these findings, elucidate the mechanism by which diet may affect MS-related fatigue and physical and mental QoL, and to evaluate the effect of dietary interventions on MS disease activity."

The meta-analysis pulled data from 12 randomized trials that included patient-reported outcomes for fatigue and/or QoL on dietary interventions of at least 4 weeks. In total, the analysis included 608 adults with definite MS based on McDonald criteria and assessed 8 different interventions, including low-fat, Mediterranean, ketogenic, anti-inflammatory, Paleolithic, fasting, calorie restriction, and usual diet (control).

Outcomes data included post-intervention mean values with corresponding standard deviations for fatigue (Fatigue Severity Scale, Modified Fatigue Impact Scale, Neurological Fatigue Index-MS) or QoL (physical and mental composite scores of the MSQol-54 or Short-form-36 or the mobility and emotional well-being subscores of the Functional Assessment of Multiple Sclerosis). For each outcome, standardized mean differences (SMDs) were calculated and included in random effects network meta-analysis to determine the pooled effect of each dietary intervention relative to each of the other interventions observed.

In total, 4 randomized trials were judged to be low risk, 5 were high risk, and 2 were unclear/moderate risk of bias. When excluding studies with high risk of bias, fatigue results were generally confirmed; however, the Paleolithic diet was significant when compared with the low-fat (SMD, –0.49; 95% CI, –0.93 to –0.04) and ketogenic (SMD, –0.95; 95% CI, –1.78 to –0.11) diets and the comparisons between the low-fat and Mediterranean diets and controls were now attenuated and no longer significant. When excluding studies with high risk of bias, results were generally confirmed for physical QoL; however, comparisons of the Paleolithic diet with the low-fat, fasting, and anti-inflammatory diets were attenuated and no longer significant.