Parkinson DBS System Labels Approved For Use With Full-Body MRI

Boston Scientific’s Vercise Gevia deep brain stimulation system labels will allow for clinical use of stimulation during full-body MRI in patients with Parkinson disease, with an improved battery. 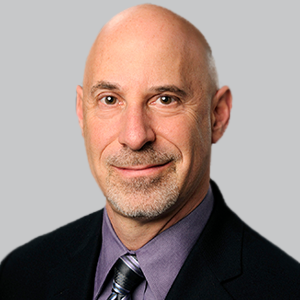 The system is used alongside the Vercise Cartesia directional lead in the treatment of Parkinson disease symptoms by delivering targeted electrical stimulation to provide relief. It was assessed in the INTREPID trial, in which its use resulted in a 49.2% improvement in Unified Parkinson’s Disease Rating Scale III (UPDRS III) scores after 12 months.2

This indication will allow patients to benefit from the latest advances in DBS therapy such as directional stimulation while undergoing full-body MRI. According to Boston Scientific, the rechargeable battery is also longer lasting.

"When evaluating which DBS system is best for each of my patients, I always consider the immediate and long term needs my patient might have so that we can effectively address a patient's therapeutic needs even as their disease progresses," said Robert Gross, MD, PhD, MBNA Bowman Endowed Chair in Neurosurgery, and professor of neurosurgery, Emory University, in a statement. "Customizable therapy, battery life, the size of the device, and access to MRI are factors patients should talk to their doctor about when they are considering deep brain stimulation."

Additionally, in the INTREPID study (NCT01839396), the system improved 6-hour on time, as measured by Parkinson disease diaries, and overall quality of life through 1 year of follow-up. The results, which were observed in a cohort of 160 randomized patients, were an improved mark from previous findings in a 2010 study by Follet, et al.

The 2-year follow-up data, which were presented at the American Academy of Neurological Surgeons 2019 annual scientific meeting, showed the Vercise Gevia met its primary end point with a mean difference of 3.03 ±4.52 hours between the active and control groups in on time without troublesome dyskinesia and no increase in antiparkinsonian medications (P <.001). Patients were randomized over a 12-week period.3

The authors ultimately concluded that the “results of the INTREPID RCT demonstrate that use of a multiple-source, constant-current DBS system is safe and effective for the treatment of Parkinson disease symptoms.” The system was originally cleared by the FDA in January 2019, and its first-generation version gained approval in December 2017.