The AAV1 gene therapy, PBFT02, is being assessed in a phase 1/2 trial called upliFT-D (NCT04747431), which is planned to take place over the course of 24 months in patients with frontotemporal dementia with granulin mutations.

A version of this story originally appeared on our sister site, CGTLive™. 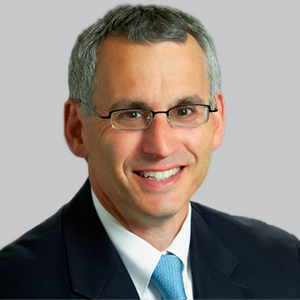 Passage Bio has dosed the first patient with frontotemporal dementia with granulin mutations (FTD-GRN) with its gene therapy PBFT02 in the phase 1/2 upliFT-D study (NCT04747431), according to an announcement.1

The investigational therapy uses an adeno-associated virus vector (AAV1) delivery model to introduce a functional copy of the GRN gene to patients with FTD, which encodes progranulin, and a deficiency in this encoding is believed to contribute to lysosomal dysfunction. Previously, the therapy was granted orphan drug designation by the FDA for the treatment of this patient population, and in January 2021, the agency accepted the investigational new drug application for the therapy.2

“FTD-GRN is a devastating disease with no approved disease-modifying therapies, and we are hopeful this trial will provide evidence that PBFT02 could become a meaningful treatment option for adults living with FTD-GRN,” said Mark Forman, MD, PhD, chief medical officer, Passage Bio, said in a statement.1 “Our approach, which employs the AAV1 vector and intra cisterna magna (ICM) administration, provides a potential opportunity to achieve higher than normal levels of PGRN in the central nervous system, thereby overcoming the PGRN deficiency in GRN mutation carriers with a diagnosis of early symptomatic FTD-GRN. We look forward to building on our preclinical data with this phase 1/2 trial.”

The upliFT-D study is planned to take place over the course of 24 months, with a 3-year safety extension that is evaluating PBFT02 delivered via ICM injection. The trial is currently enrolling patients with early symptomatic FTD-GRN between the ages of 35 and 75 years, and is planning to evaluate 2 dose levels of PBFT02 in 2 cohorts, with an optional third-dose cohort.

The primary end point of upliFT-D will be safety and tolerability, measured by the occurrence of adverse events (AEs) and serious AEs. Other primary measures include nerve conduction velocity, nerve conduction amplitude, and humoral response. The secondary outcome measures are planned to assess clinical dementia rating, neurocognitive assessments, biomarkers of disease progression, brain anatomy, activities of daily living, and survival.

PBFT02 has shown preclinical efficacy in studies conducted by University of Pennsylvania’s Gene Therapy Program, a collaborator with Passage Bio. Preclinical studies demonstrated broad transduction across the brain and increases in cerebrospinal fluid PGRN concentrations to more than 50-fold normal human concentrations. Those data, published in the Annals of Clinical and Translational Neurology, a single vector injection into the cisterna magna of nonhuman primates achieved cerebrospinal fluid (CSF) progranulin concentrations up to 40-fold higher than those of human subjects, exceeding levels of successfully treated mice.3 The animals treated with an AAV1 vector exhibited progranulin expression 5 times higher than those treated with an AAV5 vector or the AAV9 variant, AAVhu68, which the investigators wrote was “apparently due to remarkably efficient transduction of ependymal cells.”3

“Dosing the first patient in our upliFT-D trial is an important milestone for the Passage Bio team and for the PBFT02 program, our first program in the clinic for adults,” Edgar ‘Chip’ Cale, interim chief executive officer, Passage Bio, said in a statement.1 “We look forward to continuing our important work to develop PBFT02 as a potential treatment option for the thousands of people living with FTD-GRN. We are grateful for the support from the families and clinical trial investigators who have chosen to participate in our studies.”

NeurologyLive®’s sister site, CGTLive™ previously spoke with David Weinstein, MD, senior vice president, clinical development, Passage Bio, about ICM administration of gene therapies to the brain, a technique the company is employing in other programs such as their GM1 gangliosidosis gene therapy program, PBGM01. “The brain has been a hard target because of the blood brain barrier. In order to get gene therapy into the brain, higher doses had to be used, and there was higher risk of toxicity using traditional approaches. I think the ICM approach shows us an alternative way. We’re able to use a dose of the vector much lower than has been used in prior trials and because we're injecting directly into the CSF, we're able to treat people who have preexisting antibodies,” he said.