Using a cohort of more than 2500 patients with MS on disease-modifying therapies, treatment initiation within the first 2 years of disease onset was more beneficial on patient-reported outcomes than 2-4 years postonset. 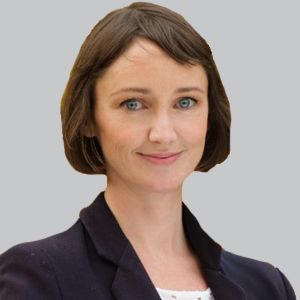 Findings from a nationwide observational cohort study of adults with relapsing multiple sclerosis (MS) who commenced disease-modifying treatment (DMT) within 4 years of disease onset showed that earlier commencement was associated with better patient-reported physical symptoms; however, general quality of life was unaffected. Investigators concluded that this indicates other factors may inform patients’ quality of life.1

From 2001 to 2016, investigators identified 2648 patients with relapsing MS who were categorized into early-treated (DMT initiation within 2 years of onset) and late-treated (DMT initiation 2-4 years after onset) groups. Outcomes were measured in the 4-to-10-year period from disease onset, and included the MSIS-29, a disease-specific questionnaire used to report physical and psychological symptoms of MS, and the EQ-5D-3L, a generic, disease-invariant measure of health-related quality of life consisting of 5 domains.

Senior investigator Kyla McKay, PhD, an assistant professor at Karolinska Institutet, and colleagues accounted for potential indication bias through propensity-score matching on several variables including age at disease onset, sex, baseline Expanded Disability Status Scale (EDSS) score, and relapse rate at baseline. As a positive control, clinical disability as measured by the EDSS was also included as a secondary outcome. Each of these outcomes were repeatedly measured at regular intervals.

A total of 575 early-treated and 115 late-treated patients were included in the analysis of EQ-5D. The early-treated group recorded mean scores of 71.63 (95% CI, 67.02-76.56) whereas those in the late-treated group had mean EQ-5D VAS score of 66.62 (95% CI, 60.89-72.35) or 0.93 (95% CI, 0.85-1.01) times that of the early-treated group, indicating poorer subjective general health status, but estimates were imprecise. McKay et al concluded that, "this suggests that patients' experience of physical MS symptoms may be congruent to their clinician-determined disease severity, and benefit from early initiation of treatment."

In terms of EDSS, a secondary outcome measure, later start with treatment was associated with higher EDSS by 0.23 points (95% CI, 0.01-0.47) during follow-up. Additionally, disease duration was significantly associated with EDSS worsening during follow-up estimated at 0.07 points per year (95% CI, 0.06-0.08). When using time to DMT, or delay to first DMT, as a continuous variable, the results confirmed the primary analyses. Of note, time to DMT had a statistically significant effect on psychosocial symptoms as measured by the MSIS-psychological subscale (2.02 points per year of delay; 95% CI, 0.03-3.78).