The sleep specialist and neurologist at Boston Children's Hospital spoke about managing pediatric narcolepsy from a behavioral standpoint independent of pharmacological use. 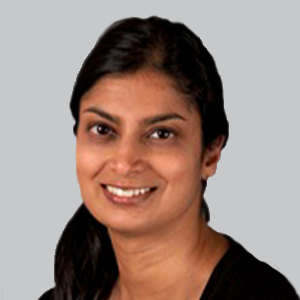 Kiran Maski, MD, MPH, a sleep specialist and pediatric neurologist at Boston Children's Hospital, and assistant professor of neurology, Harvard Medical School, spoke with NeurologyLive to provide an update in pediatric narcolepsy. Maski highlighted best practices for behavioral management of pediatric narcolepsy symptoms independent pharmacological use. The director of the sleep clinic at Boston Children's Hospital also explored several of the core symptoms that patients present with so that clinicians can avoid misdiagnosis.

NeurologyLive: How does narcolepsy present in children?

Kiran Maski, MD, MPH: Pediatric narcolepsy is a rare neurological condition, about 0.2% of the population essentially has narcolepsy, but usually the onset is between 10 and 20 years of age. It usually starts in the pediatric domain, but unfortunately, there are problems with delayed diagnosis and failure to recognize symptoms, so oftentimes patients aren’t diagnosed until like 5 or 10 years later and oftentimes because of it, there's high degrees of school failure or even driving issues or driving safety issues.

Pediatric narcolepsy turns out to be a little different than adult presentations and oftentimes there's misdiagnosis. One of the symptoms, for instance, is cataplexy, this symptom of motor weakness that's usually triggered by an emotion, such as laughter and this can get misdiagnosed as epilepsy, so there's high degree of exposure of the wrong medications in this population. Sleepiness is something that you can see with many conditions including depression, for instance, so I personally see a lot of kids who are mislabeled depressed and put on medications because of that, and in the younger population, sleepiness can manifest as hyperactivity or impulsivity, so we also see a good chunk of patients being diagnosed with ADHD and being treated, so there's I think a lot of learning that needs to occur about pediatric narcolepsy.

For diagnosis, I think the core symptom that patients present with is daytime sleepiness so that turns out to be a very common symptom among everyone normally due to sleep deprivation, so really the critical question to ask is how much sleep is there during the night, even taking a couple weeks and getting a sleep log from patients to find out are they really going to bed at 8 pm or 9 pm or if it's actually closer to midnight—I think those are really important things to tease apart before really going down this diagnostic journey of narcolepsy. I would say in the vast majority of the cases when people are sent for daytime sleepiness it's due to insufficient sleep or a medication that's contributing to daytime sleepiness, but assuming that those things are ruled out, and there are no other sleep disturbances, sleep disturbances meaning a concern for sleep apnea or restless legs or other things that may be waking patients or preventing them from falling asleep, narcolepsy is something to consider.

The supporting symptoms of narcolepsy would be something called sleep paralysis, this is waking up and feeling like you can't move your body for a couple minutes, that presents in about 25% of patients with narcolepsy; hypnagogic or hypnopompic hallucination where there's sort of a visual image or almost a visual hallucination right before or as waking up, and oftentimes in kids hits like scary image so thinking they saw something in the room that wasn't there or that more commonly their brother took something from them and they didn’t, so they can be benign or really threatening, and that presents in about 25% to 30% of kids; and then cataplexy is probably the most specific symptom of narcolepsy but that only presents in about 50% to maybe 70% of kids, and this is a symptom that's quite unique where there's actually loss of muscle tone, so it can cause sort of head drooping or slurring of speech in partial cataplexy, to full knee buckling and falls associated usually with an emotional trigger such as being upset, embarrassed, excited, or laughing.

What efforts can be made to manage narcolepsy?

I think that in terms of managing narcolepsy it's really important to say that the treatments, meaning the drugs themselves, are not going to be 100% effective, so there is always going to be a degree of symptom burden unfortunately for patients. Management oftentimes includes a lot of behavioral supports like having a nap scheduled during the day, which is really helpful to dissipate that build-up of daytime sleepiness, and providing accommodations in school, extra time for tests or the ability to get up walk around, move around a little bit, and come back and take your test, keep cool water by you, and chew gum, these are all really little things that I think practitioners can do that make actually a big difference to patients in terms of managing disease symptoms.

I think that we're still trying to understand the mechanisms that cause narcolepsy. We think of the type 1 narcolepsy as an autoimmune condition where there have been associations with specific viruses, specific vaccinations and bacteria like strep that precede narcolepsy onset and so the majority of patients with narcolepsy type 1 are positive for specific haplotype HLA-DQB1*06:02, and so we think there must be some interaction between these agents, sort of an environmental stressor, and then a genetic propensity to have narcolepsy; it's sort of a series of unfortunate events, if you will, that can cause it, but we're still trying to tease apart all the details of that interaction.

We don't really know what causes narcolepsy type 2, which is considered maybe a milder form of narcolepsy without cataplexy. In terms of the most recent information, there was a recent article published in Nature highlighting the role of the specific anti-hypocretin cells what does suggest that there may be some role of any immunity in the development of narcolepsy.