During the average follow-up period of 3 years, 70.7% of those in the pediatric-onset MS group met the clinical definition for cognitive impairment compared with 59.8% of those in the adult-onset group. 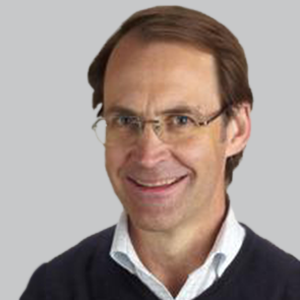 Patients with pediatric-onset multiple sclerosis (MS) show a more rapid reduction in their information-processing skills over time and are more likely to experience cognitive impairment than their counterparts with adult-onset MS, new study findings suggest.1

The study group consisted of a national cohort of more than 5700 patients with MS, 300 of whom had pediatric-onset disease, and a databank of more than 46,000 prospective Symbol Digit Modalities Test (SDMT) scores. The investigators found that independent of age or disease duration, patients with pediatric-onset MS were more likely to experience cognitive impairment (odds ratio [OR], 1.44; 95% CI, 1.06 to 1.98).

Additionally, the investigators, including Jan Hillert, MD, PhD, professor, clinical neuroscience, Karolinska Institutet, observed that SDMT scores for patients with pediatric MS were significantly lower than those of patients with MS in adulthood (β coefficient, —3.59; 95%CI, −5.56 to −1.54), and similarly, SDMT scores for the pediatric group declined faster than their counterparts (β coefficient, −0.30; 95%CI, −0.42 to −0.17).

When SDMT scores were compared between the groups at age <30 years, the pediatric- and adult-onset groups were comparable, though past age 30, the score trajectories separated. As expected, both groups displayed their highest SDMT scores between ages 20 and 30 years. During the average follow-up period of 3 years, 70.7% (147 of 208 patients) of those in the pediatric group met the clinical definition for cognitive impairment, compared to 59.8% (2305 of 3852 patients) of those in the adult group.

Hillert et al. noted that prior efforts in the validation of the SDMT identified a number of vocational benchmarks with the scores. In this study, they found that the score of 55—the anchor for “employed but work challenged”&mdash;was achieved by age 34 for the pediatric group, on average, compared to age 50 for the adult-onset group.

“The differences observed in information-processing efficiency between the [pediatric-onset] MS and [adult-onset] MS groups may be a consequence of the heightened inflammation and axonal loss that has been reported in [pediatric-onset] MS,” the investigators wrote. They acknowledged that previous literature has shown that inflammation in the brain during developmental phases, such as myelinogenesis in adolescence, can led to irreparable neural network injury.2-4

“This damage may also lead to the reduced brain and deep gray matter volumes in adulthood that have been reported in [pediatric-onset] MS relative to sex- and age-matched patients with [adult-onset] MS independent of disease duration,” they wrote.

a DMT during follow-up.

Hillert and colleagues identified a number of limitations, most notably that the SDMT is limited in its addressing only information-processing efficiency. As well, they noted that the true date of MS diagnosis is limited due to a basis on self-reported symptoms, and a lack of information on highest educational level achieved, and thus an inability to examine for or adjust the statistical models to account for the association of pediatric MS with educational attainment.

In an accompanying editorial from Lauren B. Krupp, MD, and Leigh E. Charvet, PhD, the pair acknowledged that an increased awareness in the pediatric development of MS, and that those patients can experience cognitive-related difficulties, ought to lead to more rapid interventions.5

“A major advance in the management of MS has occurred with the advent of more effective treatments for individuals of all ages, and those with pediatric-onset are being identified and treated more promptly than in the past,” Krupp and Charvet wrote. “Additional research is necessary to determine whether these advances will lead to better long-term outcomes compared with those of patients treated in an earlier era.”