The findings indicate that the use of a MS severity score (Ped-MSSS) model may provide an alternative to EDSS scoring, which has been shown to be lower in pediatric disease, in clinical assessment of disease severity and disability accrual. 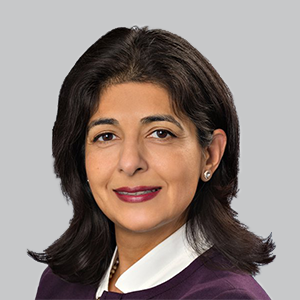 Corresponding author Tanuja Chitnis, MD, professor of neurology, Harvard University, and colleagues aimed to characterize disease severity and distribution of disability in POMS using a multicenter approach that included 873 persons with POMS, and comparing their analysis to previously published data by Roxburgh et al. in adults with MS. EDSS scores of 2.0, 3.0, and 6.0 were found in 52%, 19.4%, and 1.5% of all patients, respectively, at any time point.

“At EDSS milestones of 2.0, 3.0 and 6.0, our cohort differed greatly from established adult data, with much higher Ped-MSSS scores compared to MSSS scores at similar disease duration timepoints. This finding is consistent with data emerging from smaller and more homogenous cohorts of patients with POMS,” Chitnis and colleagues concluded.

Patients were also stratified by the number of years from first symptoms of MS to EDSS assessment, and Ped-MSSS was calculated using criteria developed by Roxburgh et al. in 2005. When comparing Ped-MSSS and previously published adult MSSS scores, slower progression was noted in Ped-MSSS with increasing gaps between higher EDSS score and years after diagnosis.

Researchers also noted that there was a statistically significant inverse trend when the EDSS cerebral functional score (FS) was compared to the SDMT data, indicating that lower SDMT scores matched higher cerebral FS scores across all EDSS levels (r = —0.15).

Chitnis and colleagues concluded, “The Ped-MSSS represents an alternative, and arguably more sensitive, method of evaluating disease severity in patients with POMS. This is the first study of its kind to assess disease severity and disability in the context of disease duration in POMS, and the model studied has the potential to more sensitively assess changes in disease state and/or response to therapeutic intervention in this unique population.”