The neurologist at Cedars-Sinai Medical Center shared insight into the PKG’s use and what the wearable monitoring device can provide to physicians who treat patients with Parkinson disease. 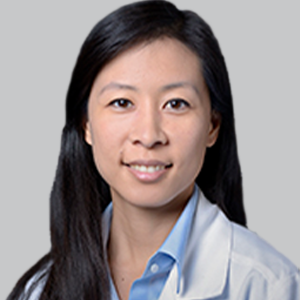 This year, a number of data sets have suggested that the Personal KinetiGraph (PKG), is able to provide novel additional information about patients with Parkinson disease beyond what is regularly captured in routine clinic visits.

Then, more recently, using a developed personal fluctuator score, the PKG was able to provide a more effective, and objective, approach to evaluating motor fluctuations in patients with Parkinson disease compared to patient-reported motor diaries. The PKG score resulted in significant differentiation of patients who were early fluctuators and troublesome fluctuators (P = .01), as well as those who were dyskinetic and non-dyskinetic (P <.005).2

The device is the first FDA approved technology which provides continuous quantitative data on movement disorder symptoms such as tremor, bradykinesia, and dyskinesia—in a non-clinical setting. The wearable is used at home by patients for several days to help objectively monitor motor symptoms, and then the data is interpreted and transmitted to their physician for review during their next clinical visit. To find out more about the PKG and what the wearable monitoring device can provide to physicians, NeurologyLive® sought out the insight of lead author Echo E. Tan, MD, neurologist, Cedars-Sinai Medical Center.

NeurologyLive®: What does this study tell us about the PKG system which was previously not known?

Echo E. Tan, MD: The study revealed that the PKG system can differentiate between non-dyskinetic and dyskinetic patients, however, it does not have the sensitivity to detect mild wearing off, since no prior study divided patients into more than a binary system. It also can distinguish between exercise and dyskinesia on the graphical data obtained.

Were any of the data surprising or unexpected in any way?

It was surprising that for mild wearing off, the fluctuator score was not sensitive enough to detect differences but did show progressively increasing average score range between the 4 groups—non-fluctuators, early fluctuators, moderate fluctuators, and troublesome fluctuators.

What should clinicians know about the PKG system and how can they utilize it in clinical practice?

The PKG system can provide additional information about fluctuations that a clinic visit and patient history can not reveal. This is particularly useful for those patients who are not able to provide a good history, such as those with a language barrier or cognitive impairment. It can show true objective levodopa responsiveness, motor fluctuations, daytime somnolence, and medication compliance. It can be an important triage mechanism for a referral to a movement disorder specialist, or for advanced surgical therapy referral.

How do these data help with clinical trial assessments of other therapies in Parkinson?

Patients were more consistent with the watch than the motor diary and may provide a more reliable way to collect clinical data.