Zogenix has announced that its Study 1601 of fenfluramine (Fintepla), also known as ZX008, in the treatment of seizures associated with Lennox-Gastaut syndrome has completed enrollment and is on schedule to report top-line data in Q1 2020. 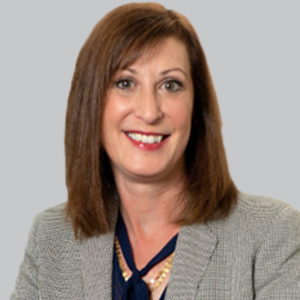 Zogenix announced it has completed the enrollment for a phase 3 study (NCT03355209) of fenfluramine hydrochloride (Fintelpa) in the treatment of seizures in patients with Lennox Gastaut syndrome (LGS), a severe and treatment-resistant form of childhood-onset epilepsy.1

The study is a multi-national, double-blind, placebo-controlled trial of 2 doses of fenfluramine in 263 children and adults with LGS, with a 1:1:1 randomization to either 0.2 mg/kg or 0.8 mg/kg per day doses of the trial drug, or placebo. Patients will undergo a 2-week titration period followed by 12 weeks of fixed-dose maintenance treatment.

“We have been extremely pleased with the rate of enrollment in this trial and look forward to the availability of top-line safety and efficacy data in the first quarter of 2020,” said Gail M. Farfel, PhD, executive vice president and chief development officer, Zogenix, in a statement. “Based on the compelling data generated in the previously completed Phase 2 study, we believe this promising drug candidate has the potential to become an important new treatment option for the control of seizures in patients suffering from LGS.”

Study 1601’s primary end point is the change in seizures resulting in drops from baseline and the maintenance/treatment periods for the 0.8 mg/kg daily dose compared to placebo. Key secondary end points include the change in the number of drop seizures between baseline and the combined titration and maintenance periods at the 0.2 mg/kg/day dose, as well as the proportion of those achieving a 50% reduction in drop seizures.

Those who complete the maintenance treatment period may also be eligible to enter a 12-month open-label extension trial to evaluate fenfluramine’s long-term safety, tolerability and effectiveness in LGS. Previously, the Zogenix product was granted an orphan drug designation by the FDA and the European Medicines Agency.

Earlier this month, Zogenix announced that it received the final minutes from the FDA following a Type A meeting on fenfluramine in the treatment of another rare epilepsy, Dravet syndrome, after it received a Complete Response Letter, reporting that it intends to resubmit its new drug application to the agency in the third quarter of 2019. Despite also having a rescinded breakthrough therapy designation due to 2 recent approvals, Zogenix stated that it “does not expect the rescission of breakthrough therapy designation to limit the potential for priority review status for the Company’s resubmitted NDA.”2

The original NDA for Dravet, submitted in February 2019, was backed by data from 2 phase 3 trials in Dravet syndrome as well as an interim analysis from an open-label extension study. The extension included 232 patients who were treated for up to 21 months with fenfluramine.

In the study with stiripentol, 87 participants were randomly assigned to receive 0.5 mg/kg per day of fenfluramine (n = 43) with a maximum dose of 20 mg titrated for 3 weeks or placebo (n = 44) after 6 months of observation. All participants were receiving stable background treatment with stiripentol in addition to other antiepileptic drugs. The investigators reported that fenfluramine demonstrated a median reduction of 62.7% in monthly convulsive seizures compared with a 1.2% reduction with placebo.3

There were improvements reported in the secondary end points as well, including reductions in convulsive seizures of ≥50% and ≥75%. In all, 53.5% (P <.001) of participants treated with the Zogenix product reported a reduction in monthly convulsive seizures of ≥50%, while 6.8% reported the same finding with placebo. A ≥75% reduction was experienced by 32.6% (P =.004) of participants in the fenfluramine arm compared with 2.3% in the placebo arm. Researchers reported that the longest seizure-free interval was 22 days (P <.005) with fenfluramine and 13 days with placebo.