The study, expected to complete in early 2021, will measure change from baseline in daily on time without troublesome dyskinesia. The study design will be presented at the International Congress of Parkinson's Disease and Movement Disorders. 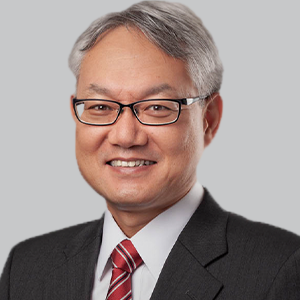 The study (NCT04006210) is a multicenter, double-blind, parallel-group randomized trial which aims to evaluate 300 patients in 2 groups, randomized to either the infusion of ND0612 plus placebo CD/LD and active CD/LD tablets 25 mg/100 mg, or a placebo comparator. Dubbed BouNDless, the trial is expecting to be completed by April 2021.

"While oral CD/LD is the established standard for treating motor symptoms in Parkinson's disease, many patients experience a decline in benefit as their disease advances requiring them to take multiple doses throughout the day in an effort to control symptoms, often with unpredictable results," said Atsushi Fujimoto, president, MTPA. "We look forward to researching the potential efficacy and safety of continuous subcutaneous treatment with ND0612 on managing motor fluctuations and other complications of Parkinson's disease, through the BouNDless study."

This study’s primary outcome measure will be evaluated as the change from baseline in daily on time without troublesome dyskinesia at the end of the double-blind period. The secondary measure will be the change in off time, and both will be measured by patient diary.

There will be 6 phases of the study: the screening, an open-label oral IR-LD/CD adjustment period, an open-label ND0612 conversion period, the randomized maintenance period, optional open-label treatment extension, and a safety follow-up period. The BouNDless study design will be presented at the International Congress of Parkinson's Disease and Movement Disorders in Nice, France, being held September 22-26, 2019.

"Given the limitations of current therapeutic options for Parkinson's disease, we recognized the importance of developing a potential non-surgical continuous treatment that may stabilize CD/LD plasma levels and alleviate the disabling motor fluctuations that are often exacerbated with disease progression," said Sheila Oren, MD, MBA, chief medical officer, NeuroDerm. "We are excited that the Phase 3 study of ND0612 is underway, and we may be one step closer to potentially bringing a much-needed treatment option to patients."

The clinical development of ND0612 is being led by NeuroDerm, with 2 doses having been developed—a low dose focused on moderate stage Parkinson with loss of control of motor complications with oral levodopa and a high dose for the treatment of severe Parkinson in those for whom oral drugs are no longer effective.

Previously, in a phase 2 placebo-controlled study, ND0612L was shown to maintain consistent, therapeutic levodopa plasma concentrations associated with major changes in clinical parameters, including off-time reduction, when added to optimal oral standard of care. Off time was reduced by 2 hours, or 41%, in the treatment group (n = 18) compared to 9% in the placebo group (n = 11). Overall, the global clinical improvement in disease severity for the treatment group was 90% compared to 36% for placebo, and quality of life was improved by 17% compared to 5%, respectively.2

As well, preliminary data from a phase 2a trial (NCT02577523) of ND0612H were presented at the 21st International Congress of Parkinson’s Disease and Movement Disorders in Vancouver, British Columbia, Canada. It enrolled 38 patients who received either 24-hour or 14-hour infusions for 28 days and showed that off time was significantly reduced. All told, off time dropped from 5.5 hours per day to 2.8 hours, and on time increased from 11% to 50% after 28 days. By 9 AM, three-quarters of patients experienced symptom relief.3