For patients treated with pimavanserin in investigational doses of 8.5 mg or 17 mg in the previous studies, further improvement was observed during the open-label extension with 34-mg pimavanserin. 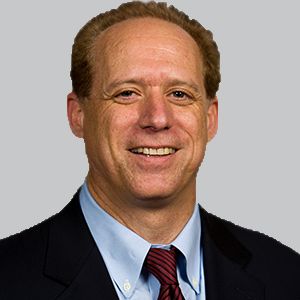 "Results from a multi-center OLE study, across 14 countries, demonstrate the extended durability of efficacy of Nuplazid for treating hallucinations and delusions associated with PDP, in addition to reinforcing the efficacy seen in the original pivotal trial using the 34-mg dose,” Stuart Isaacson, MD, director, Parkinson’s Disease and Movement Disorders Center of Boca Raton, said in a statement.1 “As a physician, having Nuplazid, an FDA-approved and proven therapy to treat these debilitating symptoms without impairing motor function, represents a major step forward. Nuplazid is a critical first-line therapy for our patients living with PDP, and their caregivers.”

Patients who had been treated with investigational doses of 8.5 mg and 17 mg also showed an improvement in the symptoms of psychosis when switched to 34-mg pimavanserin over the 4 weeks of the OLE.

Adverse events (AE) were reported by 215 (46.8%) patients after 4 weeks of OLE treatment, most of which were mild or moderate. The most common AEs were fall (5.9%), hallucination (3.7%), urinary tract infection (2.8%), insomnia (2.4%), and peripheral edema (2.2%). No clinically relevant changes were observed for serum chemistry, hematology, or urinalysis, or for electrocardiogram (ECG) findings.

Twenty-seven (5.9%) patients reported an AE that resulted in discontinuation of the study or study drug. Seven (1.5%) patients had serious AEs, the most common being pneumonia (0.4%), followed by presyncope, syncope, acute respiratory failure, chronic obstructive pulmonary disease, pulmonary embolism, and deep vein thrombosis all occurring at a rate of 0.2%.

"We’re pleased to have additional published data supporting the efficacy of Nuplazid, as approximately 50% of people living with Parkinson disease may experience hallucinations and delusions during the course of their disease,” Ponni Subbiah, MD, MPH, senior vice president, global head of Medical Affairs, and chief medical officer, Acadia, said in a statement.1 “These symptoms can have a significant impact on both patients and their families, negatively impacting their quality of life and causing severe emotional distress.”

Patients were observed on Clinical Global Impression-Severity (CGI-S) and Improvement (CGI-I) scales and the Caregiver Burden Scale (CBS) after 2 and 4 weeks of the OLE. From OLE baseline to OLE week 4, the mean change in CGI-S for all patients was -0.4 (SD, 1.0), indicating a maintained improvement over baseline seen in previous Core studies.

Pimavanserin, a selective serotonin inverse agonist and antagonist preferentially targeting 5HT2A receptors, was approved for the treatment of hallucinations and delusions associated with PDP by the FDA in April 2016.2 Acadia had its supplemental new drug application accepted by the FDA for the drug to treat hallucinations and delusions associated with dementia-related psychosis in December 2020; however, the FDA issued a complete response letter 4 months later, noting a lack of statistical evidence in some of the subgroups of dementia.3