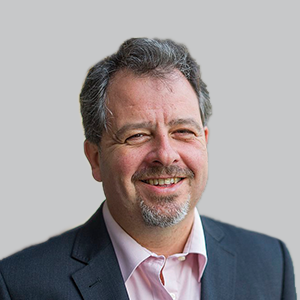 Patients with neurodegenerative disease did not experience negative impacts on cognitive function with up to 9 months of treatment with pimavanserin (Nuplazid; Acadia Pharmaceuticals) compared to placebo, according to data from a recent review of 4 studies presented by Clive Ballard, MD, professor, age-related diseases, and pro-vice-chancellor and executive dean, University of Exeter Medical School, at the 2021 American Academy of Neurology (AAN) Annual Meeting, April 17-22.

The FDA previously issued a complete response letter to Acadia Pharmaceuticals due to deficiencies in their supplemental new drug application (sNDA) filing for pimavanserin for the treatment of dementia-related psychosis (DRP) in April 2021. NeurologyLive spoke with Ballard to learn more about the use of antipsychotics for DRP and his hopes for an FDA approval.

NeurologyLive: Can you outline the issues with using off-label antipsychotics to treat DRP?

Clive Ballard, MD: The use of antipsychotics for DRP is an important topic. These are challenging symptoms, though. They cause distress to individuals, they're associated with accelerated decline, institutionalization, and hospitalization, but at the same time, traditionally atypical antipsychotics have been very widely used. We know with short term use, there are potential benefits, but there are a lot of harms, such as increased mortality, increased stroke risk, increased embolic events, like pulmonary embolism, and also falls, fractures, and accelerated cognitive decline. We also know that those become even more of a problem with long-term usage of these drugs.

At the moment, all antipsychotic use for DRP is off-label, but they're still extremely widely used. If we had a compound that was an effective treatment and safer than current off-label, atypical antipsychotics, that would be a huge advantage to patients who have the symptoms, and also to the clinicians who are treating them.

What are your thoughts on the FDA delaying the labeling of pimavanserin for DRP due to deficiencies it identified?

I think that there is a strong phase 2 trial which we conducted in the UK looking at Alzheimer-related psychosis showing a significant benefit with pimavanserin compared to placebo over 6 weeks of treatment, which was the primary endpoint, and good safety over 6 and 12 weeks. There's also the recently completed phase 3 HARMONY study, which has been presented at several conferences, and should be published shortly. That study shows extremely good, sustained benefits over 6 months of treatment. Compared to the treatments we currently have, this is a huge, huge advantage. Hopefully, any challenges in the FDA thought process can be addressed because I think this would be a major benefit to the patients that we're treating.

Is there anything else important for physicians to know about pimavanserin or DRP?

In terms of the safety of pimavanserin, I think it’s clear from the clinical trial portfolio that it isn't associated with the same mortality, stroke risks, or fracture risks that atypical antipsychotics are, which is a big advantage. Another important adverse effect of atypical antipsychotics is accelerated cognitive decline. In this presentation, we pulled together cognitive data from 4 different clinical trials with pimavanserin and showed that there was no detrimental impact on cognition, which is a really important safety consideration.