In a sensitivity analysis that excluded women with evidence of possible demyelinating events before MS diagnosis, the associations between pregnancy-related ICD-10 code recording and disease risk were even more pronounced. 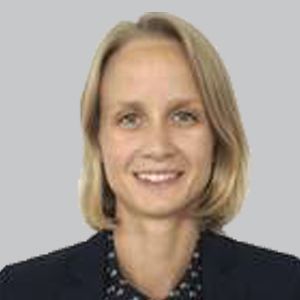 After identifying several less pregnancy-related International Classification of Diseases, 10th Revision (ICD-10) codes among women with multiple sclerosis (MS) than those without autoimmune disorders, results from a retrospective case-control study showed that pregnancies were associated with a lower risk of the disease and may offer protective benefits.

Lead author Christiane Gasperi, MD, physician and researcher, TUM School of Medicine, Technical University of Munich, and colleagues aimed to determine the relationships between pregnancies and gynecological diagnoses with MS risk by observing differences in gynecological ICD-10 code recording rates. The sample included women with MS (n = 5720), Crohn disease (n = 6280), or psoriasis (n = 40,555) and women without these autoimmune diseases (n = 26,729) in the 5 years before diagnosis.

"With an increase of the maternal age at first childbirth and decreasing birth rates in the last decades, a protective effect of pregnancies on disease risk could, at least in part, explain the increasing gender gap in MS incidence,” Gasperi et al concluded.

In the same analysis adjusting for pregnancy occurrences, all 10 gynecological ICD-10 codes unrelated to pregnancies were still significantly associated with lower odds ratios (ORs) of MS; however, the associations were less pronounced.

A separate sensitivity analysis excluding all women with ICD-10 codes suggestive of possible demyelinating events before diagnosis was performed to assess the possibility of a reverse causality between MS risk and pregnancies or gynecological disorders. Here, all ICD-10 codes with significant results in the primary analysis, except for 2 pregnancy-related ICD-10 codes, were still negatively associated with MS. When investigating a dose effect of pregnancies on MS diagnosis, investigators found lower ORs for women who had multiple pregnancies, although these differences were not significant.

"We also observed previously not reported associations of gynecological disorders unrelated to pregnancies with lower MS risk. Whether these observations are explained by the observed lower gynecologist encounters rates in women with MS in the years before first diagnosis or whether they represent truly independent associations of gynecological disorders and MS risk, needs further investigation. The observed associations might, to some degree, be shared by different autoimmune disorders," the study investigators wrote.

In the 5 years before diagnosis, women with MS had an average of 1.66 gynecologist encounters per year compared with 1.91 encounters among those without autoimmune disorders. This difference was even more pronounced in the sensitivity analysis, demonstrated by 1.21 and 1.75 gynecological visits, respectively. In a regression analysis, the number of gynecological visits were negatively associated with MS diagnosis (OR, 0.79; 95% CI, 0.77-0.81; P = 2.12x10-51). Women with MS also had fewer gynecologist encounters as compared to women with CD or psoriasis (1.66 vs 1.77 and 1.69 per person and years, respectively).