The 2 older patients, ages 47 and 51 years at last evaluation, were ambulatory in their first assessment in 2014, but were no longer able to walk in 2019 when the second assessment was done. 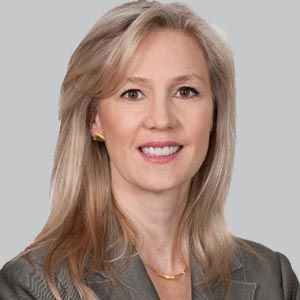 Using both a prospective and cross-sectional study design, newly published data in Neurology showed gait parameters and parkinsonian symptoms abnormal across all ages for patients with Dravet syndrome (DS), but clearly worse in older patients, suggesting a progressive gait disorder.1

In the largest gait and motor analysis in older adults with DS (mean age, 31 years), senior author Danielle Andrade, MD, MSc, FRCPC, CSCN, and colleagues concluded that "it is yet unclear why such deterioration happens with age," and that "further research should explain not only why this happens, but also if it is possible to slow down or even avoid this progression."

Investigators first prospectively captured data on 6 patients who were studied over a period of 5 years. Their gait and motor manifestations were evaluated through the modified and validated Unified Parkinson’s Disease Rating Scale (mUPDRS), which included parameters that evaluated right and left upper limbs resting tremor, facial expression, arising from a chair, gait, posture, and body bradykinesia. The maximum possible mUPDRS score was 4 points for each parameter, leading to a potential 28 total points.

In the prospective group, 5 of the 6 patients reported a worsening of mUPDRS scores over the 5-year observed period. The only patient who improved had started on levodopa after the first assessment. Notably, 2 patients, aged 47 and 51 years, respectively, were ambulatory in their first assessment in 2014, but were no longer able to walk in 2019 when their second assessment was done. These 2 patients also received levodopa after their first evaluation, but this medication was discontinued after the patients stopped walking.

The study also included a second analysis that comprised of patients who did not undergo mUPDRS testing in 2014, but rather cross-sectional tests during the 2019-to-2020 period. Investigators performed an instrumental gait analysis (IGA) using the ProtoKinectics software with a gait mat built with sensors and 2 cameras capturing the sagittal and coronal plates. Seventeen adults with DS, including some of those who participated in the prospective study and a control group of 81 healthy individuals, whose mean age was 62 years old, underwent IGA.

In the original 2014 analysis, 12 patients entered the study and all but one presented with severe cognitive delay. Andrade and colleagues identified significant correlations between UPDRS scores and age (ρ= .61; P = .03), but not with seizure frequency. It was not different in patients receiving valproate (n = 8; 10.8 [±7.9]) or not (n = 4; 14.5 [±7.9]) or correlated with the daily dose (ρ = 0.11; P = .073). Eleven of the 12 patients presented with mild parkinsonism, mainly characterized by global bradykinesia and asymmetric rigidity with a cogwheel phenomenon.2