Neurology Times invited David E. Olson, PhD to discuss a new study that sheds light on the role of psychedelics in promoting neuritogenesis, spinogenesis, and synaptogenesis. 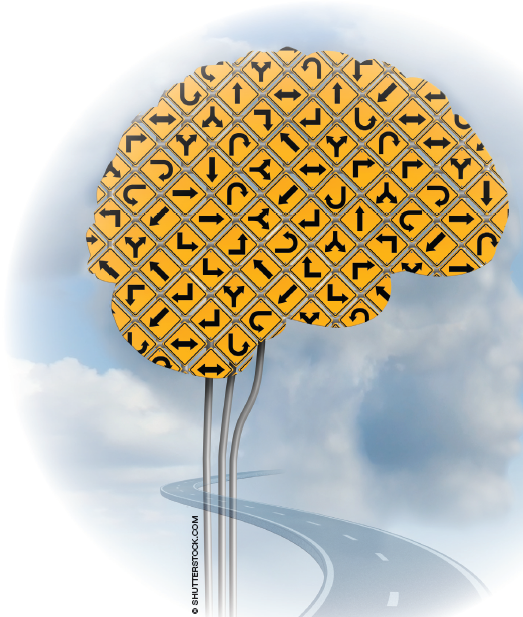 You know the old saying: what’s old is new again? Turns out to be true for psychedelic drugs. Back in the 1950s, research was proving that psychedelic agents could be effective in the treatment of various neuropsychiatric disorders. Unfortunately, just as science was exploring their beneficial effects, the counterculture was exploring and embracing their effects. Slowly but surely, psychedelics were associated with rebellious youth and the tumultuous anti-war movement. As a result, the government shut down most of the research.

The 1990s saw renewed interest in psychedelic compounds as a means to address neuropsychiatric disorders. Research explored the benefits of MDMA and ketamine to treat mood disorders and posttraumatic stress disorder. Now, a new study sheds even more light on the promise these agents might provide.

Neurology Times invited corresponding author David E. Olson, PhD, to discuss the study, “Psychedelics Promote Structural and Functional Neural Plasticity,” which appeared in the June issue of Cell Reports. Dr Olson is Assistant Professor in the Department of Chemistry and Department of Biochemistry & Molecular Medicine at the University of California at Davis.

Neurology Times (NT): How did you and your colleagues become interested in the role of psychedelics in promoting neuritogenesis, spinogenesis, and synaptogenesis?

Dr Olson: We started this work because we were interested in identifying compounds that produce effects similar to ketamine-the state-of-the-art, fast-acting antidepressant. Like ketamine, psychedelics have demonstrated efficacy for treating mood and anxiety disorders in the clinic. As the antidepressant effects of ketamine have been hypothesized to result from its ability to promote the growth dendritic branches, spines, and synapses on cortical neurons in the prefrontal cortex, we reasoned that psychedelic compounds might produce similar cellular phenotypes.

NT: What were your findings?

Dr Olson: We demonstrated that psychedelic compounds from several distinct structural classes promote the growth of cultured cortical neurons. These compounds increased the number of dendrites, dendritic spines, and synapses.

We observed similar results in vivo using both fruit flies and rodents, which suggests that these compounds might promote structural neural plasticity via an evolutionarily conserved mechanism. Importantly, psychedelics appear to induce changes in neuronal structure by activating mTOR-a key protein involved in cell growth that has been implicated in the effects of ketamine.

NT: Were you and your colleague surprised by the results? Did you find anything unexpected?

Dr Olson: Based on our original hypothesis, we were not surprised that psychedelics could promote plasticity. However, it was very surprising that some compounds appeared to be more potent or efficacious than ketamine in our cellular assays. Additionally, we were quite surprised that ibogaine was completely ineffective while noribogaine-a known metabolite of ibogaine-produced robust responses.

NT: Based on your study, there may be new options for so many neurological conditions and disorders. What about this research excites you the most?

Dr Olson: In my opinion, the most exciting aspect of this work is the discovery that ketamine is not unique in its ability to promote structural plasticity, as this opens a lot of doors for the development of novel therapeutics. As the number of compounds that produce ketamine-like effects increases, so do our odds of using them as tools to develop safe and efficacious treatments for depression and related disorders.

NT: With that in mind, what are the next steps for research and discovery?

Dr Olson: The next step is to understand exactly how ketamine and psychedelics produce their effects on plasticity. The primary targets of these compounds are distinct, yet they all activate mTOR. A better mechanistic understanding of mTOR signaling will be critical if we are to design compounds capable of promoting plasticity without altering perception or producing other undesired effects.

NT: What should clinicians take away from this research? What does this mean for the field?

Dr Olson: I’m hopeful that modern research on ketamine and psychedelics will lead to new and more effective strategies for treating mood and anxiety disorders that involve promoting neural plasticity in the prefrontal cortex. We have to think of depression and related diseases as disorders of neural circuits rather than “chemical imbalances.” Plasticity-promoting compounds are one possible method for repairing the circuits that are damaged in diseases like depression and posttraumatic stress disorder.

NT: Thank you, Dr Olson, for sharing your insights with Neurology Times’ readers. Do you have any concluding thoughts for our readers?

Dr Olson: While psychedelics have demonstrated a great deal of therapeutic potential, we know relatively little about how they impact brain structure and function, and we do not fully understand all of the potential risks associated with their use. Answering these questions will be critical for moving the field forward. Regardless, it is clear that psychedelics can serve as powerful tools for understanding the basic biology of neural plasticity and neuropsychiatric diseases.