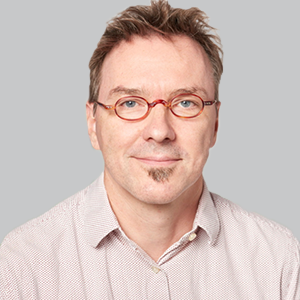 An assessment of a novel and standardized quick neurologic examination (QNE) tool has demonstrated validity for use in neurological examinations of patients in the pediatric intensive care unit (PICU).1

Presented at the 2022 American Academy of Neurology (AAN) Annual Meeting, April 2-7, in Seattle, Washington, by Michael Miksa, MD, PhD, attending pediatric intensivist, The Children's Hospital at Montefiore, and assistant professor of pediatrics, Albert Einstein College of Medicine, and colleagues, the tool showed excellent interrater reliability, agreement, and validity in an assessment that included 23 participants assessed with varying combinations of raters.

“Common practice is to perform serial neurologic exams in the PICUs, [which] include pupillary response and the Glasgow Coma Scale (GCS) or Full Outline of Un-Responsiveness (FOUR) score, with shortcomings in assessing more subtle cerebral dysfunction,” Miksa et al wrote. “The QNE tool has excellent reliability and good validity. It will likely improve appropriate neurologic assessment and communication between different providers in the PICU setting.”

Thongsing explained to NeurologyLive® that the QNE is advantageous in that it is much quicker to do. The standard neurological exam, she said, can take between 5 and 10 minutes, but the QNE can be done in less than 1 minute. "If we can prove that this is a good tool that is reliable and valid, I think any institution can use it—and not just in the PICU, but also in other divisions, including the emergency room, or even pediatric hospitals. And even though we say this is for pediatrics, I also think this applies to adults as well. So it has a lot of application."

The QNE tool includes an evaluation of 4 neurologic domains: level of consciousness, communication, motor function, and cranial nerves, with each domain scored from 0 to 4 (worst to best). As such, total scores range from 0-16. The patients in the PICU included were aged 2-21 years with a neurologic diagnosis, and were evaluated by different raters, including registered nurses, residents, and attending physicians. Validity was determined by comparison of categories between neurologists and nonspecialists, with the comparison between QNE and FOUR and GCS scores conducted with simple linear regression.

Previously published findings in Critical Care Medicine showed similar results for the QNE tool. This prior validation effort included a pediatric neurologist describing exam findings using free text with 6 patients, ranging from normal neurological exams to severely impaired.2 In that assessment of the tool, Miksa and colleagues noted that the narrative was then translated into QNE subscores via consensus from 2 attending physicians. “Based on wording used by the pediatric neurologist for the individual levels of subscores, the domain descriptions were amended. In a subsequent study, using only this revised scoring tool, the inter-rater reliability was assessed in 18 subjects with 78% agreement between 2 separate physician raters,” they wrote.