Reevaluating Prevalence and Management of Generalized Epilepsy in Elders

Vineet Punia, MD, MS, shared thoughts on his study from AAN 2021 which characterized generalized epilepsy in older adults and the elderly, and raised questions about its overall prevalence. 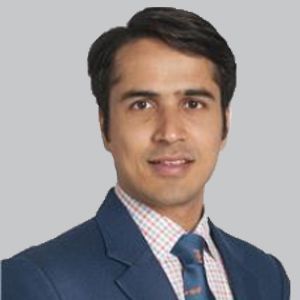 Generalized epilepsy is most commonly observed in children, adolescents, and young adults with well characterized clinical characteristics and management; however, the prevalence and management is relatively unknown among older adults and elders. A study presented at the 2021 American Academy of Neurology (AAN) Annual Meeting, April 17-22, aimed to fill the knowledge gap of generalized epilepsy in older populations undergoing epilepsy monitoring unit (EMU) evaluation through a single-center, cohort study.

Among 30 elderly individuals, the median age of epilepsy onset was 16, but one-third (n = 10) of patients reported late-onset of epilepsy. Refractory epilepsy was found in 20 individuals, only 1 of whom did not experience generalized tonic-clonic (GTC) seizures. In comparison, 6 of the 10 patients with late-onset epilepsy had GTC seizures. The investigators concluded that further study of generalized epilepsy in non-EMU population is warranted.

Vineet Punia, MD, MS, neurologist, Cleveland Clinic, was among the study authors involved with the research, and noted that as the baby boomer generation gets older, there is an increased number of these late-onset diagnoses, but little research on how to manage them. He sat down with NeurologyLive to discuss his findings, the current treatment gaps for older adults and elders with generalized epilepsy, and whether there is an overall lack of awareness to this potentially increasing population.

What did you explore when conducting this study?

What we wanted to see is, what is the experiences of management of these patients who are older adults and elderly with generalized epilepsy. Keep in mind, with the baby boomer population getting older, we’re seeing more and more of these patients in clinics. For background, valproate, which is the gold standard medication for generalized epilepsy, came into the market in the 1970s. Many of the baby boomers were, at that time, maybe getting initially diagnosed or being started on valproate for the first time and other medications that have come since.

Some of these patients have been on medications for 30, 40, 50, and 60 years of their life. First, we wanted to see how people who are 60 years and older who have generalized epilepsy are doing right now. How are they managed? Are they well-controlled or not at this stage? The second aim of the study was to see if there are some older adults and elder who start to show generalized epilepsy much later in life. That’s not a general thing that we learn or read in books and papers. Generalized epilepsy is typically considered a disease of younger adults, children, and adolescents.

Were you shocked by any of your findings?

The most interesting and surprising finding was that of the 30 patients diagnosed with generalized epilepsy in epilepsy monitoring unit, 10 of them had an onset of generalized epilepsy after the age of 50 years. This is quite revealing and shocking, because when you talk about new onset epilepsy, we typically jump to the conclusion that this must be focal epilepsy, which is correct. I would say 90% to 95% of the cases are for sure, but our study shows that sometimes it may be wrong to assume that all epilepsy that starts late in life, are focal epilepsies.

What are the treatment gaps in elders with generalized epilepsy?

It is very true that our knowledge of the management of epilepsy, which has dated back since millennia, typically comes from young adults or children. There hasn’t been enough research in older adults and the elderly population. There are a lot of differences in terms of how the epilepsy presents. In older people, it’s more subtle, and sometimes the seizures are not as clear. One of our findings was that among the older adults who had generalized epilepsy, a fewer number of them had the typical generalized tonic-clonic seizure.

In total, 6 of the 10 patients who had late onset, had generalized tonic-clonic seizures, compared to almost every patient who had the early onset, or typical onset of generalized epilepsy. There are these differences in terms of presentation as well if the generalized epilepsy starts late in life. That is just 1 example of how we don’t know until we start looking. We don’t know what has not been explored yet. Because we are getting more older people who are coming to our clinics, we need to continue to explore more.

Is there a lack of awareness of generalized epilepsy in older populations, and what role can clinicians play in improving this?

I would say it’s not about being critical of the clinicians because there is a lack of generation knowledge. We don’t know as much. Although the research in older epilepsy or late onset epilepsy is increasing by the day, with more publications coming out. I’m sure in the next few years, we’ll learn more about the different clinical facets and management facets of treating older adults, and soon all the conditions will catch up as well.

The other problem in older adults, as well as elderly people, is that many times they will live alone, and there is no good history or collateral, which is very important sometimes in patients with epilepsy because oftentimes, patients are not aware of their seizures. We are not able to get a good collateral history because of that as well. That can sometimes impact the diagnosis and management. Overall, there are many unique aspects about epilepsy in older adults and elderly. From a socioeconomic standpoint, presentation standpoint, clinical feature standpoint, which makes it a very challenging population, overall.