With new formulations of effective seizure rescue medications available, epilepsy specialists have begun to refine the approach and education to treating these emergency situations. 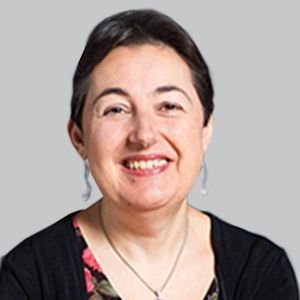 WHEN THE FDA APPROVED THE FIRST intranasal benzodiazepine, midazolam (Nayzilam; UCB), in 2019 for the acute treatment of seizure clusters, it marked the first approval for that indication in the United States in over 20 years. Approval of intranasal diazepam (Valtoco; Neurelis) followed about 6 months later, providing an alternative with different pharmacokinetics and indicated age group but similar efficacy and ease of use.

Importantly, both provided an alternative to rectally administered diazepam as the only option for prehospital outpatient treatment of seizure cluster by non–health professional caregivers. The advantage of this new dosage form relative to the rectal gel was a game-changer, according to Jacqueline French, MD, professor of neurology, Comprehensive Epilepsy Center, NYU Langone Health in New York, New York; president, The Epilepsy Study Consortium; and chief medical and innovation officer, the Epilepsy Foundation. She was involved with the clinical trials of both intranasal products.

“While the rectal formulation is perfectly fine for young children or people with developmental delay, it is absolutely not fine for people who are essentially adults,” French told NeurologyLive®. “They will practically do anything to not use that formulation, and there are very significant cultural issues in regard to whoever the person would be who would administer it.

“The only time that I would have luck in getting people to accept that it would be administered is if they were [at risk of ] having a major tonic-clonic convulsion and would be completely unconscious. They would sometimes say, ‘OK, under those circumstances, it would be OK for my spouse to administer a rectal form.’”

At that time, there was an effort at some hospitals and compounding pharmacies to extemporaneously formulate an intranasal dosage form of midazolam from the injectable product.

“So that led to 2 problems,” French recounted. “One is that it was a relatively dilute solution, which would require trying to administer, for the most commonly used formulation, 3 squirts in each nostril—that’s a lot to do. The second thing is that, because it was a large amount of volume in the nose, a lot of it would just go right down the back of the throat and get swallowed. That’s going to take longer to work and produce a potential risk of aspiration.”

The challenges in developing the intranasal benzodiazepine formulations were recently reviewed by James Cloyd, PharmD, experimental and clinical pharmacology, University of Minnesota College of Pharmacy in Minneapolis, and colleagues.1

The reviewers point out that the intranasal route posed the theoretical advantages of easy access, noninvasive administration, rapid onset of effect, and avoidance of first-pass hepatic metabolism, as well as being a socially acceptable mode of administration that does not require patient cooperation. 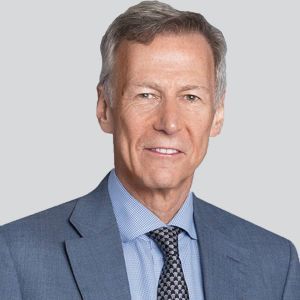 The challenges presented by this route, according to Cloyd and colleagues, include the small surface area of the nasal cavity, which limits drug delivery to 200 μl and optimally 100 μl to avoid leakage or swallowing. There is also a challenge with benzodiazepines as a class, they point out, in that they are hydrophobic molecules with poor solubility in water.

To improve the pharmacokinetics of intranasal midazolam, Cloyd and colleagues indicate, the formulation utilized several organic solvents, while maintaining the pH in the range of 5 to 9. A different approach was taken for diazepam, they explain, with dodecylmaltoside (DDM) (Intravail A-3) used to reversibly loosen tight junctions between cells to enhance nasal absorption. Vitamin E is also used as a nonaqueous solvent for delivering the diazepam and to protect against phospholipid-mediated inflammation and damage to the sinonasal mucosa.

“Both are effective, and both are part of my practice,” Orrin Devinsky, MD, professor of neurology, neurosurgery, and psychiatry, NYU Grossman School of Medicine in New York, New York; and director of the NYU Langone Comprehensive Epilepsy Center in New York, New York, and the Institute of Neurology and Neurosurgery at Saint Barnabas in Livingston, New Jersey, told NeurologyLive®. “The major differences are in the pharmacokinetics. Nayzilam peaks in the blood in approximately 15 minutes and effects last up to 6 hours on average. Valtoco reaches a peak blood level after approximately 1.5 hours and can last for 1.5 to 2 days (TABLE).

“This leads me to favor Nayzilam for more rapid onset, when that is needed. However, for patients whose seizure clusters last more than 6 hours, or there is often a second cluster more spread out, Valtoco may be preferred,” Devinsky explained.

Approval of intranasal diazepam followed demonstration of at least comparable bioavailability relative to the rectal gel. Approval of intranasal midazolam was based on a randomized, placebo-controlled trial that demonstrated significantly more patients on active drug had seizure termination within 10 minutes without recurrence within 6 hours.2 An open-label extension of median 16.8 months found treatment success with a single dose in 55.5% of episodes, and in 80.2% with a second dose.3

An inhalation form of alprazolam (Staccato Alprazolam; UCB) may also become available, having recently completed phase 2 clinical testing. French and Devinsky anticipate successful completion of phase 3 and its addition to the rescue armamentarium for seizure clusters. “With the nasal forms, you’re talking about acting in maybe 10 minutes,” French said, “although it could be slightly shorter in some cases, but we don’t have the data to support that. The inhaled form works in at least 2 minutes, and probably even faster than that. It’s really what we call a rescue inhaler for epilepsy.”

The double-blind, placebo-controlled, inpatient, dose-ranging efficacy study of the inhaled alprazolam was conducted with 156 participants with epilepsy and a predictable seizure pattern.4 The primary outcome was the percentage in each treatment group achieving seizure activity cessation within 2 minutes and no recurrent seizure within 2 hours.

Devinsky noted the favorable results with the inhaled alprazolam in the phase 2 study and its portent. “New forms of delivery can allow more rapid onset of the medication and allow more tailored use of benzodiazepines for individual patients based on pharmacokinetics and other features,” he said.

“[It] allows for outpatient treatment by caregivers and other non–health care professionals and may particularly be meaningful to patients who have limited treatment options,” Wheless wrote.5 “For example, hypersalivation, jerking movements of the jaw, or general restlessness may rule out buccal administration of clonazepam and midazolam, and rectal diazepam may not be suitable because of the physical and social constraints to rectal administration.”

In addition to the relative ease of administration, Wheless pointed out the pharmacokinetic advantages of intranasal midazolam to the buccal and intramuscular forms. He noted that peak absorption of 5 mg intranasal midazolam is reached “slightly” faster than with either buccal or a 10-mg intramuscular dose. Although bioavailability of the intranasal form is lower, the half-life (T1/2) of the different formulations is comparable.

While the rectal formulation is perfectly fine for young children or people with developmental delay, it is absolutely not fine for people who are essentially adults. They will practically do anything to not use that formulation, and there are very significant cultural issues in regard to whoever the person would be who would administer it.”
— JACQUELINE FRENCH, MD

Wheless expressed concern, however, that utilization of the dosage form might lag from lack of or inconsistent treatment guidelines, as well as from insufficient training on its administration. “There are currently no guidelines on the treatment of seizure clusters in the US,” Wheless indicated.5 “The American Academy of Neurology and American Epilepsy Society have published joint guidelines on epilepsy treatment in general, but these do not include specific guidance on seizure clusters.”

In addition, one study6 Wheless described “showed that among the patients with a prescribed rescue medicine, only 61% of the families received training on how to administer the drug. Therefore, insufficient training may also contribute to the underutilization of rescue medications.”

Instructions to the caregiver on the use of the dosage form, according to the Epilepsy Foundation, should include: direction to not open individual blister packs or test the device before use, specifying the dose and corresponding spray(s), defining when a second dose should be administered and holding a second dose of Nayzilam if there is concern about patient’s breathing or sedation, and specifying the maximum number of doses within designated time periods.7

The ideal rescue is one that isn’t needed, and Devinsky and French employ means to lessen the occurrence of seizure clusters and the requirement for rescue.

“How I treat clusters varies with the patient,” Devinsky said. “For some, an extra dose of their usual medication, such as levetiracetam, valproic acid, or others can be used to avoid the need for benzodiazepines, thereby reducing the potential for tolerance and desensitization of the GABA-A receptors and the potential for withdrawal seizures if they are used regularly.”

French looks forward to developments and programs that could help to predict and avert the occurrence of seizure clusters. She anticipates that the My Seizure Gauge,8 in development with grants from the Epilepsy Foundation, will yield data from monitoring patients physiology, implanted electroencephalograms, and seizure diaries that translate to opportunities for timely self-intervention with wearable devices.

“A lot of these devices are minimally invasive. In other words, you don’t have to stick something in the head; you just put it subscalp. It can be done as an office procedure,” French said. “Certainly, for people who have very severe seizures with a high likelihood of cluster, having an implanted device that forecasts may be well worth it.

“If we could give a benzo even before the first seizure happened, wouldn’t we be much better off doing that?” French asked. “I have a very strong hope that 5 years from now, that may be a solved problem.”