Regenerative Medicine for Neurologic Injury and the Potential of SB623

Peter J. McAllister, MD, FAAN, medical director and chief medical officer, New England Center for Neurology and Headache, offered his insight into data from the phase 2 STEMTRA trial in TBI and the trends he’s observed in the field of regenerative medicine. 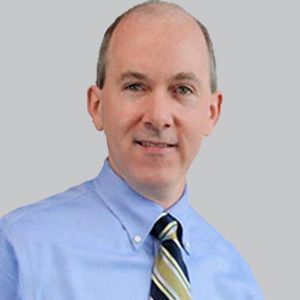 Overall, STEMTRA assessed the efficacy and safety of SB623 compared with sham surgery in individuals with chronic motor deficits from TBI. The trial included 61 patients, of whom 46 were treated and 15 underwent sham surgery. The primary end point was met, showing a trend toward the maintenance of functional and activities of daily living improvements in 1-year analysis. Those who received the treatment experienced significant improvements in motor function measured by Fugl-Meyer Motor Scale scores (SB623: 8.3 points [SD, 1.4]; sham: 2.3 points [SD, 2.5]; P = .04).

Investigator Peter J. McAllister, MD, FAAN, board-certified neurologist, and medical director and chief medical officer, New England Center for Neurology and Headache, presented the data at AAN 2022. While on-site, he sat down with NeurologyLive® at AAN to discuss these data and their implications for the clinical community.

NeurologyLive®: Could you provide an overview of your presentation of the STEMTRA data?

Peter J. McAllister, MD, FAAN: We took 61 adults who had a moderate or severe traumatic brain injury, did an MRI, and saw an area of encephalomalacia. Then, we drilled a hole in their head with a 2 mm burr hole through the skull, and stereotactically infused either 2.55 or 10 million adult mesenchymal stem cells. There was another group, the sham group, that we drilled halfway down the skull, and then we came out. We looked at the 3 different doses versus the sham, and a number of different measures. The primary outcome measure was the Fugl-Meyer Motor Index—that's looking at passive and active range of motion, upper and lower extremity, some dexterity, etc—and we had a whole host of other secondary end points as well. That included quality of life, sensory measures, and employability—we just ran the gamut.

The primary outcome measure was met at week 24. That was the prespecified time point. That is, compared to the sham group, the people who got the stem cells did statistically significantly better on the Fugl-Meyer Motor Index.

For you, what’s the major takeaway from these data?

Having been a clinical researcher for nearly 25 years, this is one of the most exciting trials I've ever done. Moderate or severe traumatic brain injury is devastating to the individual, to the families, and even to society from a cost of care basis. There are no treatments at all right now. We can give a little botulinum neurotoxin to help with spasticity, but we've never improved function with that. So here, in a phase 2 trial—it was only 61 patients, so there are further data to be collected, but—everything including dexterity, disability, motor, sensory, gait speed improved, everything. The clinician and the individual patient could tell whether they were on placebo or not. We saw big outcomes here. This was terribly exciting.

What has been the reaction from the clinical community to these data?

Over the years, I've given many talks at conferences at AAN and other conferences like it. This generated the most buzz. I mean, it was palpable. The average age of the participants in the trial was 34 years. But we had some as young as 18 years old. Their lives, in an instant, were taken away from them. As a clinician and researcher with multiple patients at our center, I got to see things like people being able to use their hand that they couldn’t use. We had a patient who never spoke a word—he was aphasic after his traumatic brain injury—say his first words with my occupational therapist researcher, myself, and his mom in the room, and his mom burst out in tears. I mean, this isn't the typical hard science that we talk about. Yes, it's a very hard science, but there's a real emotional aspect to it that I just found very exciting.

This type of approach has gained a lot of traction in medicine in recent years, so what does this represent for you in terms of the advances that have been made in TBI care?

The whole concept of regenerative medicine is getting better and growing. The idea that we could treat traumatic brain injury, stroke, brain hemorrhage, and then, further afield, spinal cord injury, Parkinson disease, Alzheimer disease, amyotrophic lateral sclerosis, perhaps. Regenerative medicine is just getting better and better. We're learning more. We're learning that adjuvants are needed with stem cells. We're learning what type of stem cells are best, and what populations benefit the most. Other countries such as Japan are ahead of us—Japan has actually revised its version of the FDA to allow regenerative trials through very, very quickly, and I hope our FDA someday catches up to that. But in the meantime, we'll continue to do large, double-blind trials to try to prove that this stem cell therapy regenerative medicine is here to stay.

Is there anything in this data that perhaps didn't get enough attention, or you didn't get to really highlight as much as you would have liked to?

There were so many data pieces, I could only put a few in the talk. But the global outcome measure is called the Patient Global Impression of Change. That's the patient who doesn't know if he or she got the real stuff or the placebo, and they're asked to rate it on a 0 to 7 scale. Seven being, “Oh, my gosh, I'm better,” and zero being no better or worse. There was a clear demarcation early on between the sham group and the people who got cells. They knew.

Part B of the interesting stuff was that there was a bit of a placebo response. Now, we see that in research all the time, but you wouldn't necessarily intuitively expect that with a severely spastic immobile arm, there would be a placebo effect. But there was. I think because when you put someone in a trial, just by nature of being in a trial, they're more attuned to it, they're doing more therapy, they're thinking about it more, they're hopeful. So, while we saw the stem cell group improve rapidly, we saw the sham group improve slightly. I mean, there was a difference. It just shows you the brain is very powerful.

What are the plans for the future? Is there anything set or being planned for another trial?

Yes. Actually, for regenerative medicine—which is phenomenally expensive for each individual patient because there are lots of moving parts, the surgeons, the MRIs, the data collection, and all that—in other countries, regenerative therapies are getting approved with numbers as small as 12 patients in a heart study, 7 patients in an eye regenerative study. So, 61 patients is fairly robust, but the FDA is going to require a bigger trial. We think 6 months is the sweet spot, I don't think we have to go any farther than that. We'll collect another 6 months of just safety data. The phase 3 is in the final stages of being worked out between the agency, the sponsor, etc, and I hope maybe the fourth quarter this year. We'll see. But it will definitely come.