The senior vice president for research at the Kessler Foundation discussed the need for physicians to keep cognitive problems on their mind when treating patients with multiple sclerosis, and the importance of using objective assessments. 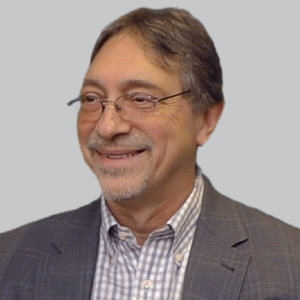 Although addressing ambulatory and spastic challenges, and disease exacerbations, is often at the forefront of the treatment of those with multiple sclerosis (MS), it can be easy to miss the multitude of other challenges faced by the patients with this complex disease.

Specifically, one of the biggest issues for this population is cognitive problems. In a conversation with NeurologyLive, John DeLuca, PhD, senior vice president for research, Kessler Foundation, implored physicians to remember that these issues can impact almost 66% of patients with MS at some point in the disease course. As the medical community has had an evolving understanding of this symptom in those patients, ensuring that patients who are cognitively challenged are properly identified has become essential.

NeurologyLive: For those who are unfamiliar, what does the Kessler Foundation do?

John DeLuca, PhD: The Kessler Foundation really is probably the largest foundation in the country that's dealing with patients or persons with disabilities. Our mission is to change the lives of people with disabilities. We do that in a variety of ways, primarily through research coming up with new and innovative treatments. We also have a part of our foundation that actually funds other nonprofits to help individuals who are disabled to get back to work—it's a whole other area of what we do.

How long has the medical community known about the presence of cognitive problems in people with MS?

We know today that up to two-thirds, 2 out of every 3 patients with MS, are going to have some form or some degree of cognitive impairment. That's a big difference from even 25 years ago when the neurologists would say to me that there aren't cognitive problems associated with the disease. It's 1 of the biggest problems of which the patients are aware. Of course, they're concerned about mobility, vision, and a number of other things as well, but they are very concerned about their mind, they don’t want the mind to go.

What role do cognitive problems play for patients with MS?

The cognitive problems that they used to be able to complain about—and about which the physicians would say, “it's not part of MS”&mdash;are now at the top of their thinking. They can affect all aspects of their everyday life: employment, helping the kids with homework, in social interactions. If you're at a party, you really can't understand what people are saying to you because they're speaking so fast, then you don't want to go out anymore and you find yourself becoming socially isolated because of cognitive problems. You might get referred to a psychiatrist because you're being socially isolated, and they might find you to be depressed. But the treatment is not for the depression, it is for the cognitive problems.

How should physicians go about identifying these issues in this patient population?

We know, for example, that the patient's self-report of cognitive problems is not a good predictor of actual cognitive problems. In the clinic, asking the patients is critically important, but I always say the job of the clinician is to know what the patient means when you listen to what they say. We need to know that their self-report, oftentimes, is associated with their emotional distress about something that may be going on, not necessarily the actual cognitive problem. We also know that the neurologist exam is no greater than chance at picking up cognitive problems in persons with MS, so what do we do about it? You have to do the objective assessment. The objective assessment is critical, there's no way around it. Again, you ask the patient, you ask the family, you find out about their lives, about their employment, but those are not substitutes for actual objective testing—that's critically important.

It's interesting because one of the best predictors of cognitive problems, later on, is gray matter volume loss. Even on initial MRI, if you find that there seems to be greater gray matter volume loss and then one would think or predict based on one's clinical experience, that's a target to look for. This person can potentially show some significant decline over time in their cognitive processing. It's a pretty good predictor.