Alzheimer disease-related neurodegeneration was correlated only with the thickness of the ganglion cell-inner plexiform layer. 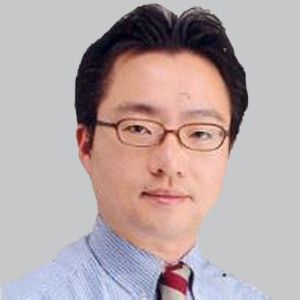 The use of retinal biomarkers may be used for early detection of in vivo Alzheimer disease (AD) pathologic abnormalities after results from a cross-sectional study demonstrated both functional and structural changes of the retina in cognitively normal (CN) older adults.

"Moreover, our study is in agreement with a recent epidemiologic study that reported selective association of the baseline RNFL-T with the risk of AD dementia,” Byun et al noted. “Given retinal Aß deposition in patients with AD dementia and in an AD mouse model, thinning of the RNFL may be related to early retinal Aß deposition.”

Cerebral Aß deposition, noted as a hallmark neuropathologic characteristic of AD, is believed to begin approximately 15 to 20 years before the onset of clinical manifestation. In an effort to investigate the association of both structural and functional alterations of the retina with in vivo AD pathologic characteristics, researchers modeled a screening tool.

At the conclusion of the study, researchers noted that the mean ganglion cell-inner plexiform layer thickness (GCIPL-T) was associated with AD-related neurodegeneration (r = 0.41; P = .005).

Between the Aß+CN and Aß-CN groups, variables such as inner nasal subfield of macula, inferior quadrant RNFL-T, and implicit time of ring 5, all of which included the smallest P value were entered into logistic regression analysis, with covariates entered as fixed variables. A final model including inner nasal subfield of macula and inferior quadrant RNFL-T was selected (X2 = 26.636; P <.001; –2 log-likelihood = 35.28).

To the authors knowledge, this was the first study to investigate the association of in vivo AD pathogenic abnormalities with changes of the retina using measures such as SS-OCT. However, they did identify limitations, including that it is not possible to determine the temporal consequences and causal association between retinal alterations and in vivo AD pathologic abnormalities using a cross-sectional design and relatively small sample size. Additionally, due to the backward likelihood ratio method and aforementioned sample size, as well as the fact that individuals without any eye disease were included, the findings cannot be applied to the general population.