Refractory seizures were more prevalent in hemorrhagic stroke although seizure-free rates were low overall in patients with post-stroke seizures. 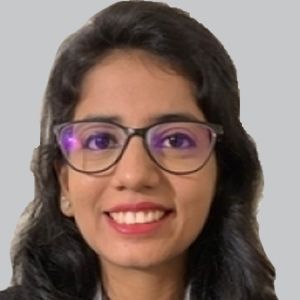 Research using a retrospective epilepsy database revealed that cerebrovascular disease is a common cause of seizures, most notably in the middle cerebral artery (MCA) territory. Among this database, levetiracetam was the most commonly used anti-seizure medication (ASD).1

The study contained data from 2015 to 2019 and was presented at the 2021 American Academy of Neurology (AAN) Annual Meeting, April 17-22, by Sidra Saleem, MD, resident, University of Toledo. Saleem and colleagues aimed to identify the prevalence of post-stroke seizures (PSS) and role of various ASDs in the management of PSS using a cohort of 2721 patients from the database. Among these patients, cerebrovascular disease was found to be common cause of seizures, occurring in 180 (6.61%) patients, with a mean age of 62.85 years (±18.7) and a median age of seizure onset of 54.44 years (±21.3).

According to the American Stroke Association (ASA), stroke is the most common cause of seizures in older people, with acute onset seizures normally happening within 24 hours of the stroke. Patients are more likely to have a seizure if they’ve suffered a severe stroke, a stroke caused by bleeding in the brain, or a stroke in the cerebral cortex.2

Data presented at the 2020 ASA International Stroke Conference found that post-stroke seizures may be linked to a higher risk of death or disability. Researchers analyzed medical records of 1246 hospital patients without epilepsy upon admission treated for acute ischemic stroke in 59 centers.3

After 12 months, researchers found that 8% of stroke survivors suffered acute seizures within a week of their stroke, and almost 5% of these patients had at least 1 more seizure during the 12-month follow-up period. Patients with severe brain injury and those who had second stroke were also more than 2 times as likely to develop seizures.