The study is the first placebo-controlled trial to include non-ambulant adults with spinal muscular atrophy type 2 or 3. 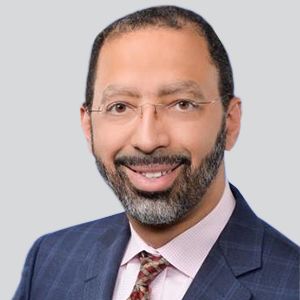 Together, Genentech, PTC Therapeutics, and the SMA Foundation have announced that part 2 of the pivotal SUNFISH clinical trial met its primary and key secondary end points in patients with type 2 or 3 spinal muscular atrophy (SMA).1

The study is the first placebo-controlled trial to include adults with the debilitating neuromuscular disease, demonstrating the efficacy of risdiplam across a broad spectrum of patients with SMA.

The announcement comes on the heels of promising results from part 2 of the pivotal FIREFISH trial, a phase 2/3 study of risdiplam in infants with type 1 SMA. Data from that study showed a statistically significant portion of patients met the primary end point of sitting without support for at least 5 seconds after 1 year of treatment.2

“Risdiplam is the first potential treatment to have pivotal placebo-controlled data in a broad population of patients, including children, teenagers and adults,” said SUNFISH principal investigator Eugenio Mercuri, MD, PhD, of the department of pediatric neurology, Catholic University, in Rome, Italy.1 “The data suggest that risdiplam can preserve and potentially enable greater independence through improved motor function in people with Type 2 or non-ambulant Type 3 SMA.”

The ongoing phase 2/3 SUNFISH trial is a randomized, double-blind, placebo-controlled study assessing the safety, efficacy, tolerability, and pharmacokinetics and pharmacodynamics of the oral, survival motor neuron-2 splicing modifier in pediatric and adult patients (age 2-25 years) with type 2 or 3 SMA. Part 2 of the study included participants with type 2 or 3 SMA who were non-ambulant. The primary outcome for part 2 of the study was change from baseline in Total Motor Function Measure 32 (MFM-32) score at 12 months.

Notably, the strongest response to treatment based on change in MFM-32 versus placebo was recorded in patients in the youngest age group (2-5 years; 78.1% vs 52.9% achieving ≥3 point increase). Patients age 18 to 25 showed disease stabilization (57.1% vs 37.5%, with stabilization defined as a ≥0 point increase), which is considered a goal of treatment in populations with more advanced disease.

The investigators reported that no new safety signals were identified, with risdiplam’s adverse event (AE) profile aligning closely with placebo. The most common AEs were upper respiratory tract infection (31.7%), nasopharyngitis (25.8%), pyrexia (20.8%), headache (20%), diarrhea (16.7%), vomiting (14.2%), and cough (14.2%). Notably, serious lower respiratory tract infections occurred more frequently in the risdiplam group versus placebo (10% vs 2%), those these were deemed unrelated and did not impact study treatment. To date, no treatment-related study withdrawal has occurred in an risdiplam trial.

“We are very encouraged by the positive results in this broad group of SMA patients, many of whom are under-served and under-represented in clinical trials,” said Levi Garraway, MD, PhD, chief medical officer and head of Global Product Development at Genentech, in a statement.1 “This study has helped us understand which measurement scales are the most relevant for patients, as well as the importance of stabilization in people with more established disease.”

Risdiplam has been granted priority review by the FDA, with a planned PDUFA date of May 24, 2020.