A single, 500-mg intravenous dose of rituximab in individuals with new-onset generalized myasthenia gravis reduced the risk of disease manifestation and the need for rescue medications. 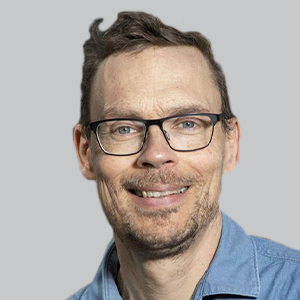 The results of a randomized, double-blind, placebo-controlled study (NCT02950155) of rituximab suggest that the treatment in a single dose of 500 mg was associated with a greater chance of minimal disease manifestation and a reduction in rescue medication use among individuals with generalized myasthenia gravis (gMG).1

All told, of the 24 individuals randomly assigned to rituximab, 17 (71%) met the primary end point of minimal gMG manifestation—defined as Quantitative Myasthenia Gravis (QMG) score of 4 or less, on 10 mg or less prednisolone, and no rescue treatment—through week 16. Comparatively, of those in the placebo group, 6 of 21 (29%) met these criteria, a significant difference between the groups (P = .007; probability ratio, 2.48; 95% CI, 1.20-5.11).

Notably, in this trial, conducted by Fredrik Piehl, MD, PhD, senior physician and professor of neurology, Karolinska Institutet, and colleagues, the treatment was used in a cohort of patients who had new-onset disease, with an onset of generalized symptoms within 12 months, and a QMG score of 6 or more. “Rituximab is a third-line option for refractory generalized myasthenia gravis based on empirical evidence, but its effect in new-onset disease is unknown,” Piehl et al wrote.

Ritixumab, a third-line option for gMG treatment in Europe, is currently not indicated for this condition in the United States. Marketed as Rituxan by Genentech and Biogen, the treatment is approved for the treatment of a variety of conditions in the United States, including non-Hodgkin lymphoma, chronic lymphocytic leukemia, rheumatoid arthritis, granulomatosis with polyangiitis (GPA) and microscopic polyangiitis, and pemphigus vulgaris.

Piehl et al observed no differences between groups on secondary end points, including the changes in Myasthenia Gravis Activities of Daily Living and Myasthenia Gravis Quality of Life scores at 16 weeks, and QMG at 24 weeks. Although per-protocol analysis, which censored for rescue treatment, did not differ on the latter, when taking it into account by worst rank imputation, there findings did favor the rituximab group. Rescue treatments were also more frequently used in the placebo arm (n = 8; 36%) compared with the rituximab arm (n = 1; 4%).

As for safety, adverse events (AEs) did occur more frequently in the rituximab group (n = 81) than the placebo group (n = 44), as did serious AEs (rituximab: n = 6; placebo: n = 4). In addition to the 2 placebo-arm patients who experienced hospitalization events, 1 patient in the rituximab group with preexisting, but evaluated as stable, ischemic heart disease died because of a cardiac event 4 weeks after baseline. Mild infusion reactions were reported for 3 and 1 individuals in the rituximab and placebo arms, respectively.

Piehl and colleagues noted that another participant with active treatment was diagnosed with amyotrophic lateral sclerosis shortly after 24 weeks of observation. “This concerned a woman in her mid to late 50s with bulbar onset, where initial neurophysiology showed disturbed single-fiber electromyography but no signs of motorneuron disease,” they wrote, adding that she was seronegative for [acetylcholine receptor antibody; AChR] and [muscle-specific kinase; MuSK] antibodies, but a transient response that allowed her to fulfill inclusion criteria. “During the observation period, she developed an asymmetric limb weakness, where a renewed diagnostic workup showed distinct neurophysiological signs of motorneuron disease and highly elevated cerebrospinal fluid neurofilament light levels. Indeed, concurrent MG may occur in a small proportion of patients with onset of motorneuron disease,” they wrote.

In early 2022, data published by Richard Nowak, MD, MS, assistant professor of neurology, Yale School of Medicine, and colleagues from the phase 2 B-Cell Targeted Treatment in MG (BeatMG) study (NCT02110706), showed that rituximab is safe in patients with AChR -positive generalized myasthenia gravis (AChR-Ab+ gMG); however, investigators found no significant difference in the prespecified measure of steroid-sparing effect between the rituximab and placebo groups.2

Futility analysis also indicated that there was a low probability of observing a clinically meaningful steroid-sparing effect difference in a phase 3 trial of a similar population at 1-year.2 The BeatMG study was designed to follow-up on a previously conducted single-center pilot study, also conducted at Yale, where 82% of patients with gMG who completed 2-cycle rituximab regimen achieved at least a 75% reduction in the prednisone dose at 52 weeks (95% CI, 48%-98%).3

With regard to the findings from Nowak et al, Piehl and colleagues wrote that “study populations and procedures differed substantially between BeatMG and the present study, which likely explains the opposing findings.” Piehl et al pointed to the lack of disease severity requirements in Beat-MG, as well as a possible advantage of earlier use of rituximab based on the immunological features of anti-CD20 monoclonal antibodies as the main examples.1

“This is in line with our previous observational study, where we observed a faster and more complete clinical response to rituximab in participants with recent onset of generalized MG compared with those with longer disease duration,” they wrote. The concluded that further studies are needed to inform the long-term benefit-risk balance with rituximab, and the predictive markers for disease severity early in the disease course.