The Role of Marijuana in the Treatment of Neurologic Conditions

The professor of neurology at the Icahn School of Medicine at Mount Sinai discussed what still needs to be done to clarify medical marijuana’s position in medicine. 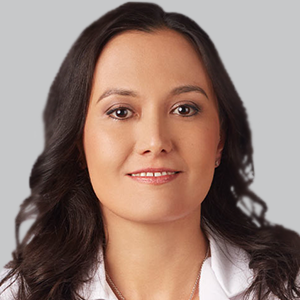 The increased interest in the use of cannabis for medical reasons has led to a critical need for understanding its effects on a number of conditions. Despite this, federal laws tightly regulate marijuana’s use and make it difficult for clinicians and researchers to conduct studies and trials, and the diversity in state marijuana laws has created a non-standardized scenario.

At the 2019 American Academy of Neurology (AAN) Annual Meeting in Philadelphia, Pennsylvania, Jessica Robinson-Papp, MD, MS, professor of neurology, Icahn School of Medicine at Mount Sinai, presented on the topic to inform the health care community about the laws, share evidence for its efficacy, and discuss the obstacles which continue to complicate things.

Robinson-Papp spoke with NeurologyLive about what physicians currently understand about marijuana’s use across a spectrum of conditions, including epilepsy, neuropathic pain, and multiple sclerosis. She also detailed how cannabidiol (CBD) fits into the conversation, and what still needs to be done to clarify marijuana’s position in medicine.

NeurologyLive: What prompted your desire to present this information to your peers?

Jessica Robinson-Papp, MD, MS: The reason we decided to do that presentation is because a lot of our patients are using medical marijuana for neurologic purposes, and whether or not you agree with it as a neurologist, it's important to be educated about it so you can counsel your patients and talk to them about its use.

The situation we have here in the US now is that marijuana is still federally illegal and so states, individually, have made their own marijuana laws. So, at a national meeting like AAN, it's hard to counsel individual providers because everyone comes from a different state. What I tried to do was to tell people about some of the different laws in different states to give them ideas about that, and then to talk about the evidence that exists for marijuana products in the treatment of certain neurologic conditions.

How have state laws presented challenges for physicians?

One of the main challenges—and this came up in some questions from a lot of people who were in the audience&mdash;is that the way a lot of our state marijuana laws have been written doesn't actually give us the ability to prescribe marijuana like we would another medication. For example, if a patient comes to me and I want to give them a medication, I write down the milligrams and how many times per day and such, and it's very specific. That's the prescription. In most states, all we can do is allow patients to have access to the product, and then we don't have any control over what particular product they get or how they use it.

Doctors are very uncomfortable with that overall because we might like to recommend, for example, a CBD-only product. CBD can be very useful for seizures and certain kinds of pain and, for the most, part seems to be a nonaddictive substance without any psychoactive properties. But the way that the laws are written, we can't do that. We don't have control over that, so we just have to make a decision to either allow them access to the program or not.

What still needs to be done to improve the situation?

We would like to see more research into exactly the products that we have available and what kinds of neurologic problems they're good for. It seems like there's pretty good research so far about CBD products in epilepsy—or certain kinds of epilepsy, anyway&mdash;for chronic pain, and, to some extent, for spasticity associated with multiple sclerosis. That's where the data is best in neurologic conditions.

But because the products vary state by state, we don't know if those individual products are good for those particular kinds of problems, and so it would be really nice for us to have that data so we could better advise our patients. There's also a lot of stuff that's available out online that people can just order, different kinds of supplements and things with CBD in them, and it's very hard to know how to advise patients like that. It ends up being more of an issue of common sense rather than based on science, which is not the best situation.

In the state medical marijuana programs, the product itself is technically not a medicine and is not approved by the FDA, and so, therefore, is not covered by insurance at all. That can be good and bad in some ways, in that because the medications are so expensive, it really limits the availability of the medication. So, on the one hand, that might be a good thing because it is a potentially addictive substance and so because it's so expensive that it makes it less likely that someone's going to get a whole lot of it. But, on the other side, our patients who don't have the financial ability to get it are not able to have access to that medication, and it's not covered by insurance at all, of course, because it's not a known approved medication.

How has research been limited for medical marijuana in these populations?

The AAN actually, in 2018, made an official statement about medical marijuana and I think one of the points in that statement was that right now, marijuana is, at the federal level, a Schedule I controlled substance. What that means is that it is a substance for which there is no accepted medical indication, and that has highly addictive properties, and the federal government has designated this medical marijuana, or any marijuana, in this category. It makes it very difficult for us to do the research that we need to do to try and see if it's effective because it's very tightly regulated.

What the AAN has said—and what I would agree with&mdash;is that we as neurologists and medical providers and researchers really support the loosening of this and the rescheduling of marijuana to a lower schedule so that it can be more accessible for research. Then, we'll really know whether marijuana, or products made out of marijuana, are helpful for neurologic conditions or not. The data is still not as good as it should be.

How does the use of CBD fit into the equation?

When people talk about medical marijuana, they mean a lot of different things. Epidiolex is a CBD product that comes from a natural marijuana source, but has gone through all of the regulatory processes, clinical trials, FDA approval, and is manufactured in a very standardized way—just like any other medication that you might be giving to your patients. Because that is a very standardized medication that is FDA approved, we at least know what's in it and it has proven efficacy for certain kinds of epilepsy.

That's very helpful, but it's not a medication that is accessible to all of our patients. It was approved for a very narrow indication, which means that you as a physician could choose to prescribe it for other indications in an off-label fashion, but because it's a new medication it's expensive and insurance companies are not going to pay for it. If you're, for example, trying to prescribe it for neuropathic pain—I have tried to use it for neuropathic pain and have not had luck with getting it covered. I understand the reason, but that's really in a class in and of itself and is different from medical marijuana that is available on a state-by-state basis. It would be great to have things like Epidiolex that are more tested and controlled, but available for other indications. I think that that would be really useful.