rtPA Effective in Ischemic Stroke Prior to Recanalization Despite Occlusion

Researchers studied concentrations of recombinant tissue plasminogen activator locally and systemically in patients with IS. 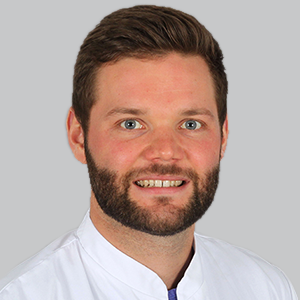 Data from a recent study has suggested that intravenously administered recombinant tissue plasminogen activator (rtPA) reaches its target despite total embolic occlusion and that local cerebral rtPA concentrations are similar to systemic concentrations in patients with ischemic stroke (IS).1

“In large-vessel occlusion (LVO) stroke, guidelines advocate rtPA before mechanical thrombectomy (MT) because rtPA may recanalize LVO earlier. However, recanalization by rtPA before MT occurs in only about 10% of cases. Another potential mode of action has been suggested by experimental observation: rtPA acts beneficially on the ischemic microvasculature even before recanalization despite occlusion,” wrote first author Fabian Essig, MD, assistant professor, department of neurology, University Hospital Würzburg, Germany, and colleagues.

Essig and colleagues analyzed data from 57 patients, 25 receiving rtPA and 32 not receiving rtPA. The rtPA group had a median age of 81 years (interquartile range [IQR], 74-87), while the control group had a median age of 78 years (IQR, 71-82). Around half of the rtPA group were women (n = 14; 56%), while 23 (72%) of the control group were women. Occlusion locations were similar between groups, with the most common being M1, followed by equal proportions in ICA and M2.

“Local cerebral concentrations of rtPA/tPA during acute IS are unknown. Using an endovascular technique by which local blood is aspirated with a microcatheter placed distally to the occlusive clot before recanalization, we demonstrate that intravenously administered rtPA reaches the target territory despite total embolic occlusion and that local cerebral was not inferior to systemic rtPA concentration,” Essig and colleagues wrote.

“Furthermore, we demonstrate that local concentrations do not exceed systemic concentrations of endogenous tPA (5.4 vs 5.6 ng/mL) and, importantly, remain 7- to 10-fold lower than therapeutic exogenous rtPA concentration.”

The researchers applied a novel and efficient sampling and sample preparation protocol of local microcatheter aspiration from within the occluded vascular field before recanalization for measuring local concentrations. This technique was previously published in a January 2020 study by one of the co-authors, Alexander M. Kollikowsi, MD, department of neuroradiology, University Hospital Würzburg, Germany, and his team.2

“In the future, local cerebral pharmacological observation may become instrumental to assess the potential for efficacy and safety. Particularly in the environment of MT, where MT efficacy is strong and where additional neuroprotection has failed thus far, desired effects of any novel adjunct treatment are likely to be small(er). This difficulty brings about higher cost and increasing scientific risk. To determine local concentrations of novel neuroprotectants directly from within the ischemic cerebral circulation therefore seems attractive during early phases of clinical evaluation,” Essig and colleagues concluded.