Matt Hoffman, Senior Editor for NeurologyLive, has covered medical news for MJH Life Sciences, NeurologyLive’s parent company, since 2017. He hosts the Mind Moments podcast. Follow him on Twitter @byMattHoffman or email him at mhoffman@neurologylive.com​ 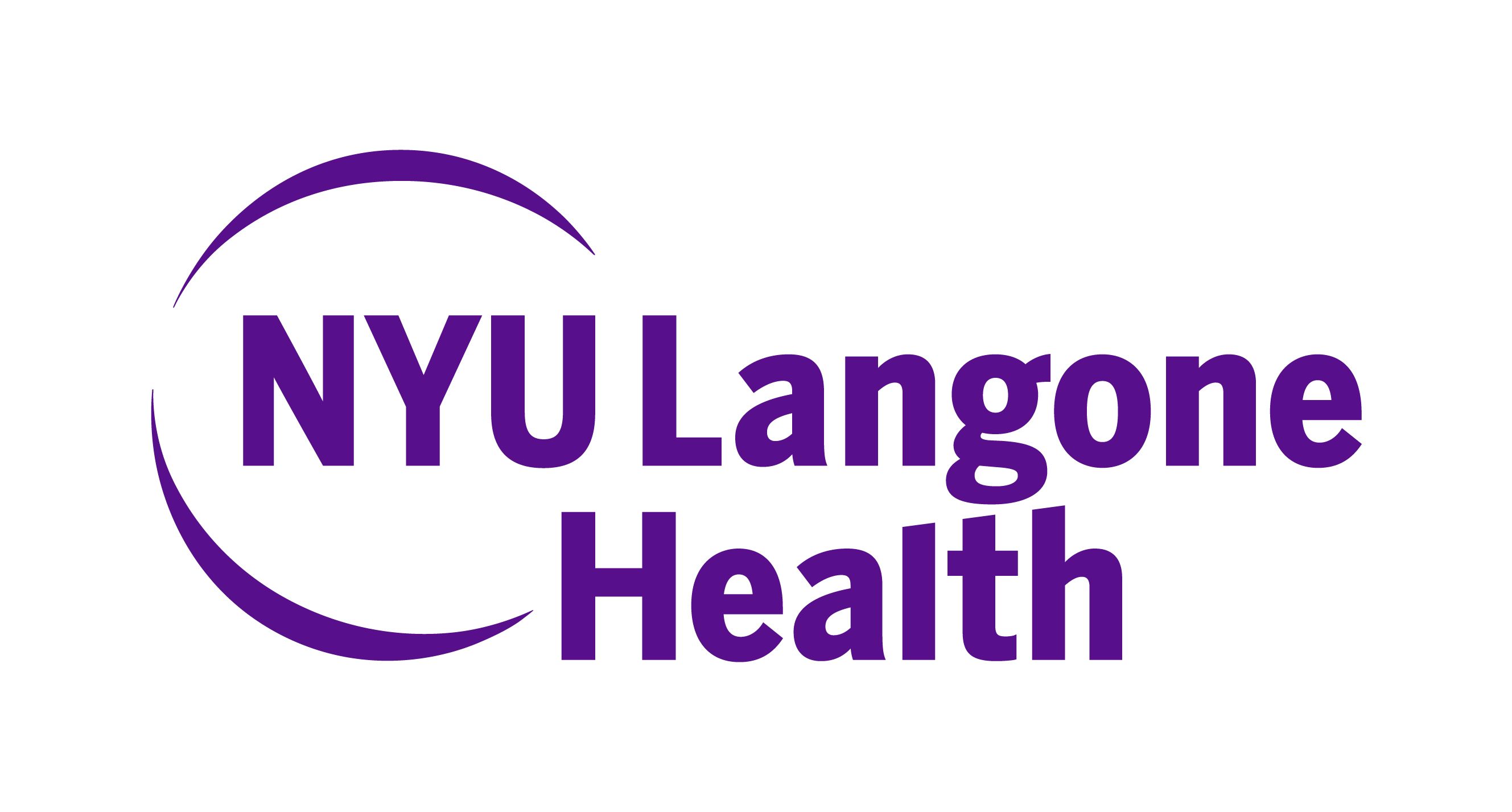 This is the first of a 2-part interview. For part 2, click here.

Earlier this year, a group of investigators from the Human Epilepsy Project published an analysis that suggested that patients with focal epilepsy who experience a delay in diagnosis are possibly at risk for injury prior to receiving that diagnosis—including a risk of automobile accidents.

In the study, more patients with new-onset focal disease presented with initial nonmotor seizures than motor seizures (55% vs. 45%, respectively; P = .04). The number of patients with injuries reported prior to diagnosis in the nonmotor group (n = 100) was similar to those in the motor group (n = 99), and the severity of those injuries—deemed mild (nonmotor: 70; motor: 79), moderate (nonmotor: 9; motor: 12), or severe (nonmotor: 2; motor: 4)—did not differ significantly. However, of the 23 motor vehicle accidents reported, the vast majority (n = 19; 82.6%) occurred in patients with undiagnosed nonmotor seizures.

To find out more about the implications of these data and what needs to be done to help identify these patients earlier, before they develop motor seizures, NeurologyLive spoke with study author Jacqueline French, MD, professor of neurology, and director, Translational Research and Clinical Trials in Epilepsy, NYU Grossman School of Medicine.

NeurologyLive: Could you provide a brief overview of what prompted this analysis?

Jacqueline French, MD: This is actually an offshoot of a larger project, it's called the Human Epilepsy Project. The concept of the human epilepsy project is that when we first meet patients with newly diagnosed focal seizures, we don't know what their course is going to be. Whether they're part of the two-thirds who you give a medication, and the medication controls all the seizures—we call them treatment sensitive—or the one-third for whom it doesn't—we call them treatment-resistant. We were looking for biomarkers of what would predict treatment resistance. That was the concept.

In order to do that, we had to enroll patients. This is a large multicenter study with a lot of great collaborators all over the world, actually, and we had to recruit people within the first 4 months of when they were diagnosed with epilepsy. We had 440 or so patients, for whom we did very thorough interviewing. As part of that study, we had to really dig into what their seizures were like, and we got as good a history as we possibly could of how long those particular episodes had been occurring. In order to get into this study, they had to be adjudicated by a group of 4 separate epileptologists from different centers who all agreed that the things that they were having, in fact, were epileptic seizures. We did that based on their testing as well as their clinical history. So, it was pretty well vetted that these were seizures.

What we started to find out was that these seizures that they were now getting treated for and diagnosed with, in many cases had been going on for a very long time before they came to medical attention, or sometimes they came to medical attention, and those events were overlooked. Then, we wanted to know—in addition to looking for the factors that go into treatment resistance and treatment sensitivity—and we started to think, what are the factors that go into overlooking epilepsy? Or go into people not realizing that they have epilepsy for such long periods of time? In the patients with the longest history, we could sometimes find that it was a decade, literally, that they were having these events.

What ultimately did you find in assessing that, and did you consider these findings surprising?

Well, all of us have some experience with people who have a long-delayed diagnosis. I guess that all of us were kind of surprised that there was such a large group of people that had a delay. The other thing I think that might have been surprising is that we all think that it's more likely that the first seizure will be what we call a disruptive, or in some cases, convulsive seizure. Whereas it turned out that what we now call subtle seizures, or nonmotor seizures, are actually the more common way that this focal epilepsy starts. Not how they get diagnosed, but the way it starts. People would have these nonmotor seizures, these subtle seizures, for a long time and often it only came to medical attention when they had the disruptive seizure, usually a convulsion.

We thought to ourselves that this convulsion and its consequences could actually have been avoided if they had been diagnosed earlier. Sort of cutting to the chase, we also found that there were a significant number of automobile accidents, and in some cases, interestingly enough, not only 1 automobile accident, but sometimes 2, or even 3. People would come in saying, “I don't know what happened, the car came out of nowhere,” or whatever. But each time, in retrospect, they could describe that when that happened, they were having one of these episodes. That, to us, I think was quite a surprise, that there were so many preventable motor vehicle accidents.

What are some of the barriers that create this challenge of recognizing these patients that are experiencing these nonmotor seizures?

The first thing that I think stands in the way is the public's perception of what epilepsy is. I always talk about the “television seizure.” You never see anybody on TV having a seizure which is not falling to the ground, shaking their arms and legs, frothing at the mouth—and I think that if you asked a person on the street, “what is a seizure,” that's what they would tell you.

We’re trying to coin a simple phrase to alert people, and that is the five S's. That stands for short, sudden, strange, similar spells. It's something that is unusual, that seems to come out of nowhere, and recurs over and over again. If people have short, sudden, strange, similar spells, it may not be epilepsy—it may be migraine, or it may be something else. But it probably deserves to be checked out. If you have short, sudden, strange, similar spells, and in the context of those, you feel like maybe you're not remembering conversations that are going on during that time, that things are a little fuzzy, you should be concerned that that might be a type of seizure, and you should go seek medical attention. But people have not been told that. Nine times out of 10, they say, “maybe I shouldn't tell anybody.” First of all, they say to themselves, “probably everybody has this,” and then they say, “maybe I shouldn't tell anybody, because what would they think?” Sometimes, these things are very unusual, and people may even think that there's something psychiatric going on. Sometimes these are misinterpreted as anxiety attacks and many different things.

I just was talking to a psychiatrist, and he was saying that strangely, many people in an anxiety or panic clinic have epilepsy—more than you might expect. I was wondering to myself, maybe it's because you're treating it as anxiety, but it's actually epilepsy. That is why these people can go for a very long time. I think public awareness of the fact that short, sudden, strange, similar spells could be epilepsy, just like they did in stroke when they came out with a public campaign on F.A.S.T. That would be very helpful.

Absolutely. One of my coauthors, the first author of the paper, Dr. Jacob Pellinen, MD, he's now at the University of Colorado, is actually moving forward from this study to the emergency room because he sees the emergency room as a point of contact where a lot of these people could be diagnosed.

There are 2 scenarios. One is that they come in after something happens like a motor vehicle accident. Another one, which is even more straightforward, is they come in with a convulsion. Most emergency room physicians feel like if you have a single convulsion, you shouldn't start treatment at that time, and there's sort of a phrase I've heard from my patients that goes, “everybody gets 1 seizure for free.” I don't know what that means exactly, but the implication is 1 seizure can happen to anybody—it's not epilepsy, you don't have to worry about it. But in fact, in a lot of cases, if they were able to elicit this history to say, “No, it's not the first seizure, it may be the hundredth seizure, it may even be the thousandth seizure.” But it is the seizure that was convulsive, and those people could get started on treatment much more quickly. They could be referred to the right doctor much more quickly. Within the people that I enrolled—and that's just a small number of people in the Human Epilepsy Project—amazingly, there were a number of them that had not been treated rapidly after a single seizure, and then had had more convulsions, or had had more of these focal what we call focal impaired-aware seizures that got them into trouble.

The emergency room is 1 good point of contact where we could get the message out, but also to primary care doctors who see these people in their offices as well. And remember that epilepsy—and I think this surprises some people—is not at all a rare condition. One out of 26 people in their lifetime will be diagnosed with epilepsy. One out of 26, and that's only the ones we find. Who knows how many others there are out there?