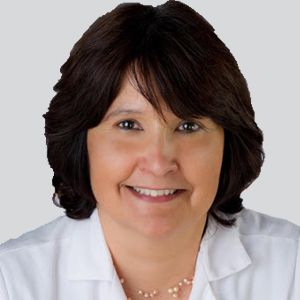 Newly announced findings from the JEWELFISH study (NCT03032172), the most diversely populated study of spinal muscular atrophy (SMA), showed that treatment with risdiplam (Evrysdi; Roche) was safe and led to a 2-fold increase in median SMN protein levels over a 2-year treatment period. The findings were presented at the 27th World Muscle Congress, held October 11-15, 2022.1

"The consistent safety profile and exploratory efficacy we have seen in the JEWELFISH study, the largest ever conducted in previously treated patients, reinforces Evrysdi as a meaningful treatment option across SMA populations," Claudia Chiriboga, MD, professor of neurology and pediatrics, Columbia University Medical Center, said in a statement.1 "The findings add to our confidence when making treatment decisions for previously-treated patients in need."

The overall AE and serious AE profiles of risdiplam were reflective of the underlying disease, as the rate of AEs decreased by more than 50% between the first and second 6-month periods, then remained stable thereafter. Additionally, there was a low rate of discontinuation from the study, at a 5% per year rate over the 24-month period, as well as AE and serious AEs that were consistent with those observed in treatment-naïve patients in the other 3 risdiplam trials.

JEWELFISH, an open-label exploratory trial, is unique in that it enrolled the broadest and most diverse patient population ever studied in an SMA trial. Of those enrolled, 36% (n = 63) were adults, 63% (n = 105) had a Hammersmith Functional Motor Scale Expanded (HFMSE) score of less than 10 at baseline, meaning their disease was very severe, and 83% (n = 139) had scoliosis. In total, 44% (n = 76) had previously been treated with nusinersen (Spinraza; Biogen), 41% (n = 71) with olesoxime, 8% (n = 14) with onasemnogene abeparvovec (Zolgensma; Novartis), and 7% (n = 13) with RG7800. Notably, RG7800 and olesoxime are no longer in development as investigational treatments for SMA.

In the study, the 2-fold increase in median SMN protein levels relative to baseline were observed 4 weeks after treatment in all patient groups, irrespective of previous treatment, and were maintained over the 2-year period. Additionally, treatment with risdiplam resulted in sustained motor function as well, demonstrated by changes in Motor Function Measure 32, Revised Upper Limb Module, and HFMSE total scores relative to the natural history of the disease.

Putting Pen to Paper: Executing on Approaches for Neurorestoration

"These important data demonstrate the safety and efficacy of Evrysdi in a broad, real-world population of people previously treated with an SMA-targeting therapy,” Levi Garraway, MD, PhD, chief medical officer and Head of Global Products, Roche, said in a statement.1 “Those enrolled in JEWELFISH had very severe disease, with over 80% having scoliosis, so maintaining motor function—especially for a progressive disease—can be potentially life-changing."

Risdiplam is an SMN2 splicing modifier currently approved to treat SMA in adults and children 2 months of age or older had preliminary results from JEWELFISH released in July 2020. In those data, which covered the first 12 months of treatment, the most common AEs were upper respiratory tract infections (13%), headache (12%), fever (8%), diarrhea (8%), nasopharyngitis (7%), and nausea (7%). At that time, there were no drug-related safety findings leading to withdrawal, and the overall AE profile was similar to what had been previously observed.2

Earlier this year, in January, the FDA granted priority review for a supplemental new drug application to extend risdiplam’s indication include the treatment of presymptomatic babies under 2 months of age with SMA. The submission incorporated interim data from the RAINBOWFISH study (NCT03779334), which suggested that following 12 months of treatment with risdiplam, a majority of presymptomatic babies met key milestones of healthy babies, including sitting, standing, and walking.3