Investigators discovered a total of 23 metabolites that are associated with incident ischemic stroke in women, 4 of which were validated in independent cohorts. 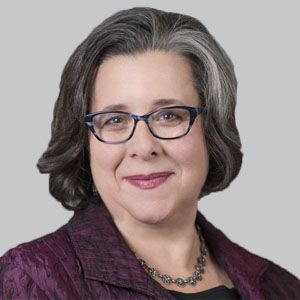 Women with metabolomic profiles that include N6-acetyllysine, methionine sulfoxide, sucrose/lactose/trehalose, or glucuronate are at an increased risk for incident ischemic stroke, new findings suggest. A score comprising the 4 validated metabolites resulted in significant improvement in stroke risk protection.1

All metabolites that met the threshold for statistical significance were then evaluated individually in the PREDIMED and NHS2 datasets. Of the 23 metabolites, 14 were available to test in PREDIMED. Of these, 3 metabolites—N6-acetyllysine, methionine sulfoxide, and sucrose/lactose/trehalose—were each associated with an increased risk of incident stroke in fully adjusted models, with odds ratios (ORs) for a 1 SD increase in metabolite level of 1.30 (95% CI, 1.07-1.59), 1.53 (95% CI, 1.28-1.83), and 1.31 (95% CI, 1.08-1.59), respectively.

Investigators also estimated stroke metabolite stroke (SMS) using a conditional logistic regression model that simultaneously adjusted for the 4 validated metabolites, in addition to the full set of stroke risk factors. The SMS, treated as a composite measure of the NHS dataset of validated metabolites, was used to quantify improvements in risk prediction in the PREDIMED cohort. At the end of the analysis, the SMS was associated with incident stroke in PREDIMED with an OR of 4.12 (95% CI, 2.26-7.51), corresponding to a 1 SD increase in the SMS, after adjusting for traditional risk factors.

Rexrode et al noted that the strengths of the study "include a well-validated LC-MS metabolomics platform, detailed covariate information, and a large number of carefully adjudicated endpoints. Our study employed a robust, 2-stage discovery and validation framework in 3 independent datasets."