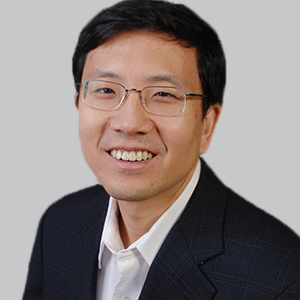 SRK-015 was observed to be well-tolerated as well across all tested doses, which the manufacturer noted is enough to support SRK-015’s further evaluation in a phase 2 trial, called TOPAZ, in patients with spinal muscular atrophy (SMA).

“We are pleased to be presenting the phase 1 SRK-015 trial results at the upcoming Cure SMA annual conference as these data provide initial safety and mechanistic insights for SRK-015 and support our phase 2 program,” said Yung Chyung, MD, chief medical officer of Scholar Rock, in a statement. “With the recent initiation of dosing in the TOPAZ phase 2 clinical trial, we are now evaluating SRK-015’s potential to address motor functional impairment in patients with spinal muscular atrophy.”

The pharmacodynamics of SRK-015 were measured through a proprietary, exploratory biomarker assay developed by Scholar Rock that measures serum concentrations of latent myostatin. The same assay was used to measure target engagement in preclinical studies in healthy animals and a mouse model of SMA, according to Scholar Rock. Pharmacokinetic data revealed that drug exposure was dose-proportional and SRK-015’s serum half-life was 23 to 33 days across the different dose cohorts. The pharmacokinetic profile displayed by SRK-015 was consistent with what is regularly observed for monoclonal antibodies.

This durability of effect was also seen in the multiple-ascending-dose portion of the trial. The plateau was sustained until day 140 after 3 doses of 20-mg/kg or 30-mg/kg SRK-015 administered once every 2 weeks. Those who were administered placebo experienced no meaningful change from baseline in the latent myostatin biomarker concentrations.

“The pharmacodynamic results from the Phase 1 trial offer initial proof-of-mechanism for Scholar Rock’s unique therapeutic approach of targeting the latent form of growth factors,” said Nagesh Mahanthappa, PhD, president and CEO, Scholar Rock. “We have advanced the SRK-015 Phase 2 program in patients with SMA and look forward to the interim safety and efficacy results as well as continuing to progress our robust pipeline of highly specific growth factor modulators across a diverse range of therapeutic areas.”

In addition, no discontinuations due to treatment-related AEs were reported, as well as no hypersensitivity reactions or deaths. A single patient treated with SRK-015 experienced 1 serious AE—an instance of gallstone-induced pancreatitis. A trial investigator deemed it unrelated to the treatment. As well, immunogenicity, evaluated by anti-drug antibody testing, was negative for all SRK-015-treated subjects in the trial.

The FDA previously granted the myostatin activation inhibitor an orphan drug designation, and the European Commission has similarly given it an orphan medicinal product designation, for the treatment of SMA.

The phase 2 TOPAZ study is anticipating enrollment of about 50 to 60 patients with SMA types 2 and 3. All participants will receive intravenous injections of SRK-015 every 4 weeks, either alone or in combination with an approved SMN upregulator agent, for up to 12 months. Investigators will measure motor function changes using the Hammersmith Functional Motor Scale-Expanded (HFMSE) in non-ambulatory patients and the Revised Hammersmith Scale (RHS) in ambulatory patients.2