Investigating Stem Cell Therapy in TBI and Other Conditions 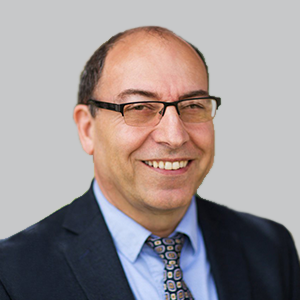 NeurologyLive talked to Bijan Nejadnik, MD, chief medical officer, SanBio, to learn about the potential of SB623 implantation to treat TBI, as well as other neurological conditions. Nejadnik discussed SanBio’s investigations into stroke and Alzheimer disease (AD) as well as TBI.

NeurologyLive: Can you talk about the potential of SB623 to treat TBI?

Bijan Nejadnik, MD: SB623 is a stromal cell product that is genetically modified and injected in the area surrounding a lesion. This injection in the surrounding area is supposed to help cells and mediators to restore brain function.

The current treatment is just rehab and basically maintaining the status of the patients and prevent worsening of motor function. There's no treatment that is going to biologically change the brain, no disease-modifying treatments to improve function. SB623, at least in our clinical trials so far, we have seen improvement in patients’ motor impairment. With that, and also on the preclinical data that we have, and changes that we’ve seen in the lab or in animals, we believe that this treatment will biologically change the brain parenchyma brain cells in order to improve the patient's functioning in a much more drastic and fundamental way than what they can achieve in rehab.

What further plans does SanBio have concerning SB623?

We have plans for TBI, stroke, and AD in different stages. In TBI, as we have announced, we are in the process of preparing our files so that we can get approval in Japan, which would be an extremely important milestone for us to move on to a more commercial level and be able to offer the drug in a much wider way and fashion to the population. Also, we'll continue our trials for TBI in the US and in other parts of the world. We're doing more less the same thing in stroke; we have a stroke study programmed in Japan and after that, across the world as well. We have had our phase 2 trials in both of these diseases, and we are moving on to phase 3, or as I mentioned, in Japan, seeking approval. For other diseases such as AD, we are in preclinical and we’ll continue our efforts there in hopes of bringing this treatment to that market down the road as well. These are all things we’re working on right now.

Is there anything else you’d like physicians to know?

I would say that without experts in neurosurgery and rehab, especially some of the incredible top key opinion leaders, I don't think we would have been able to get to where we are today. Obviously, you see in the publication a group of top experts, who have helped us. First of all, I want to thank all of them, but also tell future clinicians to stay tuned. This is going forward. And our hope is to really see the day that a lot of those patients are helped to move their upper and lower extremities, their arms, their legs, that they're able to walk better, eat better, and be happier. I think this will be helpful not only for the patients themselves but also for their families and for people around them.