Strategies to Empower Patients With Migraine

An overview regarding the various phases of migraine and recommendations for using empowering language when educating patients on what to expect from attacks.

EP: 1.The Stigma Associated With Migraine

Jill Dehlin, RN: It seems like saying, “I’m having a migraine headache” is a lot less powerful than saying, “I’m having a migraine attack.” A migraine attack, an asthma attack, a heart attack, a brain attack—those are all powerful words. I think engaging the use of empowering language in the office is a smart way to go because you’re modeling empowering language for your patients. I think it’s important that we, as people with migraine, learn how to use those words so other people can respect our challenges and the difficulties. Thank you for that.

Amaal J. Starling, MD: Yes, of course. Jill, you bring up such an important point that I want to highlight. As physicians and health care providers, it’s so important to use migraine attack and eliminate the word headache because a migraine attack involves so much more than a headache and can be very disabling for patients. In a migraine attack, about 30% to 40% of patients will have an aura phase where they’ll have visual symptoms, sensory symptoms, they can have speech symptoms. Some people can even have motor symptoms that can be very disabling. This happens before the head pain or the headache phase starts. So, in a migraine attack, you can go completely blind or have a distortion of your vision without the head pain component. Obviously, that migraine attack has impaired your function and your ability to work or be able to take care of your children.

Then you’ve got the pain phase, which the majority of people will have a moderate to severe level of pain. Some people may have a mild to moderate level of pain, or rarely, some people will have no pain but be sensitive to light, sound, and motion. They’ll have a lot of nausea and vomiting. After the pain phase is the prodrome phase, often called the migraine hangover phase, where you are fatigued and have a lot of neck pain, soreness, and cognitive symptoms. Again, it’s not just about head pain, and that’s why using the phrase “migraine attack” and “migraine symptoms” encompasses the entirety of migraine attack rather than just focusing on that 1 phase of the migraine attack that involves head pain.

In addition, headache, as we all know, has such a negative connotation in the English language. Headache is synonymous with something that’s just a pain in the butt, right? It’s something that’s negative, and so I try to do my best to try to eliminate the word headache. I think another example that we physicians have used for years, and the majority of my colleagues still use, and I probably still use but I’m trying to make an active change, is when individuals have tried medications and have found them ineffective, what do we say? We always say the patient has “failed the medication.” Jill, you have failed this medication, you did not do a good job, you got an F. What do you mean? How are we putting the guilt on the patient? You did not fail the medication. The medication, if anything, failed you. But honestly, it’s not the medication’s fault, it’s not your fault, it is that the medication was ineffective or poorly tolerated.

I like to take all the blame out of it, and I like to say, “This treatment option, this medication, this device, was ineffective or poorly tolerated.” I do not like that the patient failed the medication or even that the medication failed. But it’s something that we have always used. It’s even in the insurance language. It’s what we use in our talks. It’s what is used in clinical trials. It’s institutional stigma. It’s in the language of all of these things, but it is stigmatizing language. It blames the patient.

Jill Dehlin, RN: Thank you for watching this Neurology Live® Peers & Perspectives®. If you enjoyed the content, please subscribe to our e-newsletters to receive upcoming programs and other great content right in your inbox.

Unknown block type "hrtag", specify a component for it in the `components.types` prop
Related Videos
View All
Related Content 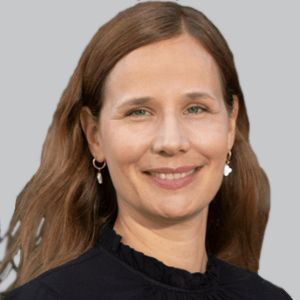