A new analysis of NASR data suggests that the risk for sudden unexpected death in epilepsy exists across a broad range of epilepsies, including those patients who are seizure-free, have never had tonic-clonic seizures, or those diagnosed with a benign epilepsy syndrome. 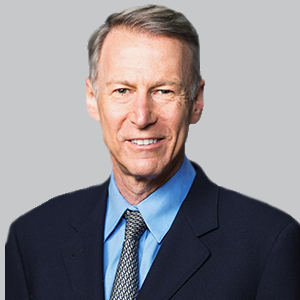 Analysis of data from the North American Sudden Unexpected Death in Epilepsy (SUDEP) Registry (NASR) suggests that the risk for SUDEP may extend further among the variety of disease severities in epilepsy than believed and that education regarding SUDEP is more imperative than ever.1

“We will make NASR data available to physicians and researchers to collaborate or perform their own historical, genetic, and pathologic analyses,” Devinsky and colleagues wrote. “We hope to leverage NASR data and biospecimens to accelerate the understanding [of] the risk factors and mechanisms underlying SUDEP and to advance preventive strategies and interventions.

Devinsky and colleagues defined definite SUDEP as a sudden, unexpected, witnessed or unwitnessed, nontraumatic, and non-drowning death, occurring in benign circumstances in a person with epilepsy, with or without evidence for a seizure, excluding documented status epilepticus. Definite plus SUDEP was defined as meeting those same criteria with a health condition or autopsy/toxicologic finding that could have contributed to the death.

Most SUDEP cases were unwitnessed, though death was witnessed in 7% (n = 16), with a seizure observed immediately prior to death in 63% (n = 10). In total, 70% of SUDEP cases occurred during sleep, with 69% of those patients in a prone position at the time. Of the 16 witnessed SUDEP occurrences, 7 patients were presumed asleep while 9 were awake. Of the 6 witnessed cases without fatal seizure, there were 4 instances that preceded breathing difficulty and 1 which occurred in a typical postictal state.

Data also revealed that 81% (n = 13) of patients received cardiopulmonary resuscitation (CPR) either by a trained bystander or EMS personnel. “Many unwitnessed SUDEPs were administered CPR on discovery. Although [the] time between terminal seizure or death and EMS response cannot be determined, it appears that most cases of unwitnessed SUDEP were administered CPR after the decedent had already been discovered dead,” Devinsky and colleagues detailed.

Notably, just 37% of patients (66 of 180) had reportedly taken their last prescribed antiseizure medication dose prior to their death, which Devinsky et al. noted “suggests that a single missed dose of [antiseizure medication] may, in some patients and circumstances, increase SUDEP risk.”

“Because SUDEP can occur in patients with epilepsy who are seizure-free, have never had tonic-clonic seizure, or were diagnosed with a benign epilepsy syndrome, clinicians should discuss SUDEP with all [people with epilepsy] for 2 reasons,” Devinksy and colleagues wrote. “First, some reassurance can be given to relieve anxiety for those at low risk. Second and most important, patients and families must understand the critical—and potentially lifesaving&mdash;importance of seizure control.”

The investigators continued by writing that many instances of SUDEP might be prevented by adherence to medication and lifestyle factors, noting that many lives can be saved by patients and families “pursuing aggressive seizure management and possibly by monitoring to detect seizures and provide prompt first aid.”

In an accompanying editorial, Jorge G. Burneo, MD, MSPH, noted that the findings of this assessment are certainly of concern to those treating and caring for those with epilepsy. “It is not uncommon for those caring for patients with epilepsy to have patients who died of SUDEP even though they were relatively well-controlled or were seizure-free on antiseizure medication prior to their death. In this scenario, it is difficult to explain to the family why that occurred and why the topic of SUDEP was not discussed with the patient,” Burneo wrote.2

Ultimately, both Burneo and the study investigators noted that the important take-home message for clinicians is that conversations with patients about SUDEP must take place sooner rather than later. The investigators requested that those seeking additional information should visit sudepregistry.org.