The NDA for the Supernus therapy, supported by data from the phase 3 TOLEDO study in patients with Parkinson disease, will require additional information and 6 months of further review. No additional efficacy or safety studies are required. 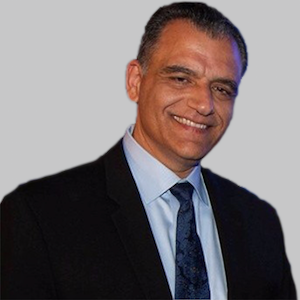 The FDA has issued a complete response letter (CRL) to Supernus for its investigational agent, SPN-830, a continuous apomorphine infusion pump, for the treatment of Parkinson disease (PD) motor fluctuations, or OFF episodes.1

In the CRL, the agency noted that it will require additional information and analyses related to the device, including labeling, product quality and manufacturing, device performance, and risk analysis. No additional efficacy or safety clinical studies were requested.

Notably, the FDA mentioned in the letter that the application's approval would require inspections that could not be completed in a timely manner, primarily because of travel restrictions amid the COVID-19 pandemic. The FDA's initial determination, according to an announcement from Supernus, is that the application amendment will be subject to a 6-month review timeline.

“SPN-830 remains a key priority for Supernus as there is a need to provide a minimally invasive therapy for PD patients who are experiencing motor fluctuations not adequately controlled with current treatment options,” Jack Khattar, president and CEO, Supernus, said in a statement.1 “We are committed to PD patients and to working with the FDA to address the CRL issues so that we can put the NDA back on track towards potential US approval.”

The new drug application (NDA) was supported by findings from the TOLEDO study (NCT02006121), which were published in Lancet Neurology in 2018. In TOLEDO, the therapy was associated with a difference of –1.89 hours per day in OFF time for patients with PD in comparison with placebo, with reductions observed within the first week of treatment with the infusion device. The trial was conducted by Regina Katzenschlager, MD, of the Department of Neurology and Karl Landsteiner Institute for Neuroimmunological and Neurodegenerative Disorders, Danube Hospital, and colleagues.2

Additionally, there were greater increases in ON time without troublesome dyskinesia for the apomorphine group from baseline compared with placebo, with the treatment group reporting gains of 2.77 hours per day compared with 0.80 hours per day for the placebo group (P = .0008). The proportion of responders in the apomorphine group, at 62%, was higher than those in the placebo group, at 29% (P = .0008).

The NDA for the infusion device was originally submitted by Supernus in September 2020 but was met with a refusal to file letter from the FDA in November 2020, which cited an insufficiency in the application. After a Type A meeting between Supernus and the agency in March 2021, the company resubmitted the NDA in December 2021.3

Currently, apomorphine is used subcutaneously in clinical practice, via injection, with a number of other modes of administration being explored by several pharmaceutical companies. According to Supernus, the use of the SPN-830 continuous pump will allow patients to administer the medication less invasively and in a more convenient fashion.