Treatment with tegoprubart resulted in significant reductions of CD40L and CXCL13 levels that occurred after first infusion and sustained throughout the treatment period. 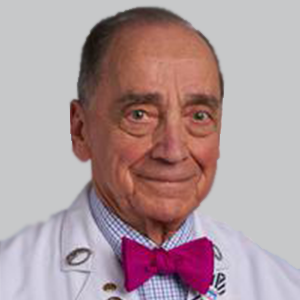 Findings from a multicenter, dose-escalating phase 2a study (NCT04322149) evaluating tegoprubart (Eledon Pharmaceuticals), a humanized IgG1 anti-CD40L antibody, showed that the agent is safe and well tolerated in patients with amyotrophic lateral sclerosis (ALS) and met target engagement in a dose-dependent fashion.1

The data, presented at the 2022 Annual NEALS Meeting, held November 1-3 in Clearwater Beach, Florida, expanded on topline findings previously announced in May 2022. All told, tegoprubart, formerly known as AT-1501, met the primary end points of safety and tolerability, with no drug-related serious adverse events (AEs) observed over a 12-week trial. The drug demonstrated target engagement as shown by significant reductions in CD40L and CXCL13 levels.

"Neuroinflammation is a driving force in the pathogenesis and progression of ALS. The ability to suppress inflammatory responses may translate into clinical benefit," Stanley H. Appel, MD, co-director, Houston Methodist Neurological Institute, and chair, Stanley H. Appel Department of Neurology, Houston Methodist, said in a statement following the topline findings.2
"These results reinforce the exciting potential of tegoprubart as a promising therapy for patients with ALS."

Conducted across 13 treatment sites in the US and Canada, the phase 2a study included 54 patients with definite ALS who received 6 intravenous infusions of tegoprubart every 2 weeks at doses of either 1 mg/kg (n = 9), 2 mg/kg (n = 9), 4 mg/kg (n = 18), or 8 mg/kg (n = 18). Patients were no more than 24 months from their diagnosis, and presented to the study with ALS Functional Rating-Revised scores of at least 35 or greater, with an aggregate score of 9 or greater at screening for the dyspnea, orthopnea, and respiratory insufficiency domains.

Throughout the 12-week treatment period, the most frequently seen AEs were fatigue (25/9%), falls (22.2%), and headaches (20.4%, with no thromboembolic AEs observed. In terms of pharmacokinetics (PK), the PK profile was linear and dose proportional, with a half-life around 3 weeks. Additionally, there were a low incidence of anti-drug antibodies—found in less than 5% of the samples—that were all low titer and not associated with altered tegoprubart levels.

Tegoprubart demonstrated dose-dependent target engagement as evidenced by a reduction in circulating levels of CD40L and CXCL13. Across the doses, at least 33% of patients in each group demonstrated at least a 10% reduction in CD40L, the minimum threshold considered to be a meaningful change. For CXCL14, the 1.0 mg/kg represented the lowest amount of patients to show a meaningful change (56%) vs 94% of those in the 8.0 mg/kg group.

All in all, 20 pro-inflammatory biomarkers demonstrated statistically significant reductions from baseline. Representative biomarkers encompassing of T-cell activation, B-cell activation, and chemotaxis that were altered in a dose-dependent manor by tegoprubart included CXCL10, CXCL9, IgA, IgE, IgM, IL-2R, IL-16, IL-18, tumor necrosis factor alpha (TNFa), and TNFa-R2. While the study was neither primarily designed nor powered to assess the effect of tegoprubart on ALS Functional Rating Scale (ALSFRS), both target engagement and pro-inflammatory biomarker reductions were associated with a trend in the slowing of disease progression as measured by the ALSFRS slope when compared with a cohort form the ALS PRO-ACT database.

"These positive phase 2a topline results demonstrated target engagement and a reduction in key inflammatory biomarkers in patients living with ALS," Merit Cudkowicz, MD, chief of the Department of Neurology, Massachusetts General Hospital, and director, Sean M. Healey & AMG Center for ALS, said in a statement.2 "A key goal for phase 2 trials is confirming that a drug hits the intended targets. These encouraging data support advancing tegoprubart into larger clinical ALS studies."