Thrown Around by the Devil

For the past year, a patient lived in such utter fear of her symptoms that she became housebound. 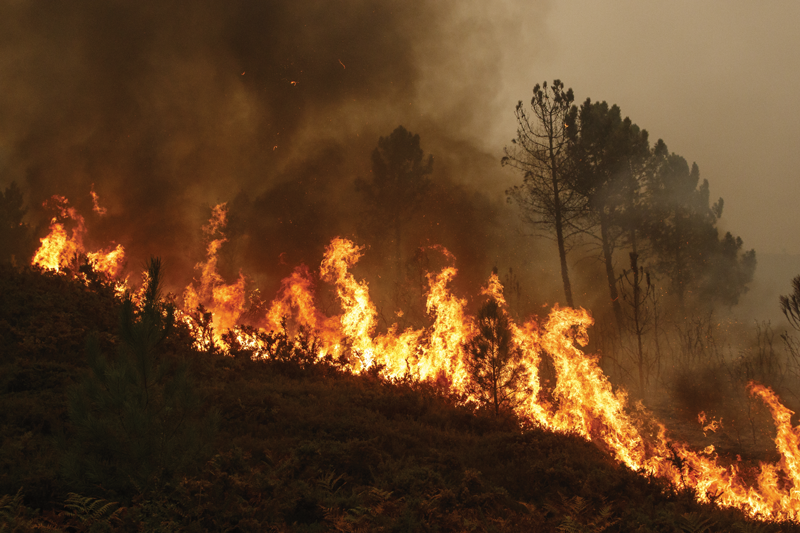 A 68-year-old woman with symptoms of vertigo had seen her internist, who referred her to an otolaryngologist. She was subsequently sent to a neurologist who ultimately referred her for tertiary neuro-otology evaluation with me.

She had a year-long history of intermittent attacks of vertigo, which she described as feeling like she was “being grabbed and thrown around by the devil.” They occurred episodically and were brief but unpredictable, and so violent that she was terrified that she would die. She was unsure of any specific triggers. There were no associated symptoms whatsoever.

The patient lived in such utter fear of the vertigo that she walked and moved very slowly. She withdrew from any social, family, and leisure activities and became housebound. As a consequence, she became extremely depressed and frequently expressed a preference to die during her visit. “I’m just so afraid of the vertigo that it would be better to be dead than to continue living like this,” she told me. She quickly added that she was not suicidal because that went against her religious beliefs. She had no relevant medical, family, or social history.

I was puzzled by the patient’s description of symptoms, and I proceeded with the examination to see if I could glean any clues. Her neurologic examination only revealed a very cautious gait. I proceeded to examine her ocular movements with infrared video-oculography. In the upright position, no nystagmus was observed. In the right Dix-Hallpike position, she developed upbeat and right torsional nystagmus associated with her typical vertigo, which caused her to scream loudly. She calmed down as the vertigo subsided after 20 seconds.

The Epley maneuver was performed to treat the posterior canal BPPV. She no longer experienced positional vertigo after that. However, she required vestibular therapy to help with her gait, and reduce the fear she had of moving her head. In addition, I referred her for psychiatric care in view of the severity of her depression. She improved tremendously over the course of 6 months, and she returned to her usual activities.

All medical students learn the dictum, “When you hear hoof beats, think horses, not zebras.” It is important to remember that BPPV is the most common cause of vertigo in adults.

While the most typical vertigo experienced by patients with BPPV is a spinning sensation provoked by a specific head movement, a variety of vestibular symptoms may be described. Some patients only report a brief lightheadedness or disequilibrium triggered by a particular head movement, but some may experience more dramatic and severe vertigo. Just like how a specific pain stimulus can be perceived differently, with one patient stoically withstanding it but causing another to wail hysterically, the experience of vertigo varies between patients.

Similar to the patient in this case, BPPV can often affect quality of life, and be accompanied by significant mood disturbances.  Successful treatment of BPPV not only involves the appropriate canalith repositioning maneuver, but may require vestibular therapy and referral to a psychiatrist/psychologist in those with more disabling symptomatology.

BPPV is typically characterized by episodic vertigo triggered by a specific head position. It is essential to recognize BPPV, since misdiagnosis can often lead to unnecessary referrals and investigations, and treatment (ie, canalith repositioning maneuvers) is simple and highly efficacious.