When combing all 26 studies irrespective of methods, the lowest age-specific divergence in incidence was seen in 3 Southern European studies, and the most pronounced divergence in North American studies. 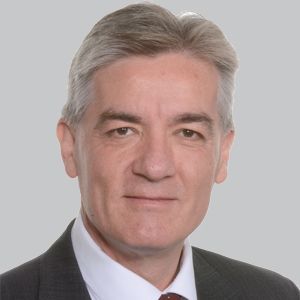 Findings from a recently published meta-analysis and systematic review showed inconsistent trends of stoke incidence in young individuals, however, these trends were less favorable than compared with those at older ages. Despite the increased efforts on prevention of vascular events at older ages, these data suggest an urgent need to better understand the causes and routes to prevention of stroke at younger ages.1

Although stroke incidence has declined over the past 4 decades, there have been several reports to suggest that incidence at younger ages (<55 years) appears to be increasing in the US and some other countries. Led by Peter M. Rothwell, MD, PhD, head, Center for the Prevention of Stroke and Dementia, Oxford University, the analysis included 26 studies, 13 prospective and 13 administrative based, that reported age-specific stroke incidence across 2 or more periods, the latest extending beyond 2000.

The main outcome was age-specific divergence (<55 vs ≥55 years) in temporal stroke trends. Each of these studies reported data that allowed calculation of relative temporal rate ratio (RTTR), which was stratified by methodology, sex, stroke subtype, and geographical region. The RTTR was calculated within each study by dividing the incidence rate ratio (IRR) in the younger age group by the IRR of the older age group, thereby providing an estimate that could be meta-analyzed across studies and might help to overcome some between-study differences in methodology and within-study changes in ascertainment, diagnosis, and investigation.

Across all the studies, the divergence of age-specific incidence was consistent, with a less favorable trend in those younger than 55 years old (ie, RTTR >1), and was highly significant on pooled analysis (RTTR, 1.57; 95% CI, 1.42-1.74; P <.001). Additionally, 3 of 4 similar studies that did not report quantitative data sufficient to calculate an exact RTTR did provide qualitative information indicating that the RTTR would have been greater than 1.

The proportion of overall heterogeneity in RTTR across all studies was calculated by an inverse variance-weighted linear regression of RTTR against study characteristics including size, age cutoff used, region, study period, duration, and ascertainment quality in univariate and multivariate analyses. Here, findings showed that there was still heterogeneity between studies in RTTR, to which the trend incidence was less favorable at younger than 55 years vs 55 years and older (P <.001 for heterogeneity).

When the investigators standardized the RTTR to a 10-year period, the between-study differences were reduced to some extent, but heterogeneity remained (P = .001 for heterogeneity). Notably, the diverging trend at younger vs older ages was more pronounced in those population-based studies in which the most recent reported period of ascertainment started after 2010 (RTTR, 1.87; 95% CI, 1.55-2.27). From 2010 and on, the differences in ascertainment of minor stroke explained 78% of the heterogeneity in RTTR between population-based studies. For the heterogeneity in RTTR found in administrative studies (pooled RTTR, 1.50; 95% CI, 1.32-1.71; P <.001 for heterogeneity), 74% was explained by differences in the diagnostic codes used for stroke.