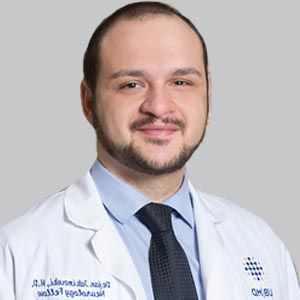 Jakimovski, research assistant professor at the Buffalo Neuroimaging Analysis Center, has conducted several types of MS-related neurodegeneration research, but claims that this is the first reported analysis highlighting the association between CABF and increased levels of sNfL. At AAN 2022, he sat down to provide an overview of the study, the research that led up to this point, and the reasons why patients with progressive MS did not see similar results.

NeurologyLive®: How did you go about conducting this research and why is it clinically relevant?

Dejan Jakimovski, MD, PhD: The work particularly looks at the brain flow going to the brain, which we call the cerebral arterial blood flow. This is not measured at the level of the brain, but rather, we measure it as it comes from the heart through the main arterial vessels into the brain. What we showed is that independently, out of the other MS pathologies including brain atrophy and lesions, and after correcting for age- and sex-related effects and also body mass index effects, the lower amount of blood flow going to the brain was responsible for some amount of serum neurofilament that is being produced or shed as a result from damage in the brain. That confirms that there might be some independent factor driving some pathology, in addition to the regular neuroinflammatory pathology that we see in multiple sclerosis.

What do we currently know about cerebral arterial blood and its association with NfL? How are these findings different from what we've previously seen in the past?

First of all, there are very few people that are looking at this type of measure, this type of perfusion going into the brain in MS pathology. Matter of fact, this is the first ever study that we did with serum neurofilaments. I cannot comment on previous findings because there aren’t any. However, 2 years ago, I published a paper that showed that despite all the MS pathology, people with MS that have lower cerebral arterial blood flow, or CABF, have worse cognitive performance. We can now build on that. First, we saw it phenotypically, with patients presenting with a different cognitive behavior and performance. Now we see with a real measurable biomarker of neuronal damage that this blood flow is contributing to the actual pathology and destruction of more axons in the brain.

The relationship between CABF and NfL was significantly present in the clinically isolated syndrome and relapsing-remitting group but not in the progressive group, why is that?

There are a lot of limitations when we’re measuring serum neurofilament in the blood. There are a lot of limitations of how we measure the amount of pathology that occurs. The reason why we saw more in clinically isolated syndrome and relapsing-remitting [MS] is it could just be that the brain blood barrier is open enough in these patients. The serum neurofilament that is being destroyed and released has a lot freer access to the blood flow. We can measure it when we draw blood in patients whereas in progressive patients, the blood brain barrier is already sealed out. Now, the pathology happens within the brain, but not a lot of serum neurofilament leaks out. We know this by the fact that serum neurofilament picks with relapses in MS and new lesions. As the brain opens up, there’s more serum filament in the blood. Maybe one of the explanations is that we’re measuring it better in relapsing patients than in progressive patients. Another explanation is the fact that serum neurofilament is present in our bloodstream as we age, and its expansion exponentially increases over time with age. Although its fairly stable over the first 15 to 20 years of the disease, as we go into the 50-, 60-, 65-year-old population, the serum neurofilament exponentially increases and our blood flow does not diminish exponentially. Here, we have this disjoint in the relationship, and maybe that’s one of the reasons why we didn’t find that relationship in progressive patients.