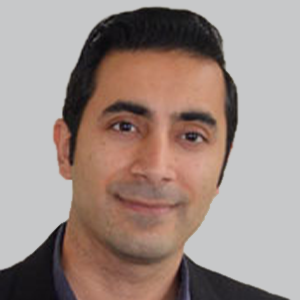 Data from a recent study (VBP15-LTE; NCT03038399) suggest that vamorolone for the treatment of Duchenne muscular dystrophy (DMD) is not associated with typical safety concerns of corticosteroid treatments, such as slowing of linear growth, insulin resistance, and decreases in osteocalcin.

“The continued use of corticosteroids has been limited by the side effects and a key challenge is how to manage these safety concerns. Moreover, as opposed to the traditional corticosteroids in use, which are prednisone and deflazacort vamorolone is a first-class dissociative steroidal product which dissociates efficacy from safety, the way it does this is by a single change in contact site with a new corticoid receptor,” Dang said during his presentation.

Dang and colleagues found that earlier initiation of high-dose vamorolone treatment delayed decline of motor function compared to patients initiated at lower doses despite being up-titrated to higher doses 6 months later. Motor functions were assessed on time to stand from supine and 6-minute walk tests.

Participants under the age of 5 years initiated on higher doses showed better clinical outcomes compared to those initially treated at after 5 years of age or with lower doses. Subgroup analyses of patients stratified to the 5-year age cutoff confirmed findings in many outcome measures, indicating a disease modifying effect.

Of the 46 patients enrolled in the study, 3 discontinued due to participation in other trials, 1 due to study burden, and 1 due to loss of muscle strength. Half the patients were initiated at high doses of 2.0 or 6.0 mg/kg per day and maintained this dosage throughout the study. The other half were initiated at lower doses of 0.25 or 0.75 mg/kg per day and were up-titrated to the higher dosages after 6 months.

“In summary, vamorolone was generally found to be safe and well-tolerated. Improvements from baseline were seen in study participants younger than 5, in disease stability for the study participants during the 30-month follow up treatment period. These data provide evidence of the safety and clinical benefit of a long-term treatment of DMD,” Dang concluded the presentation.