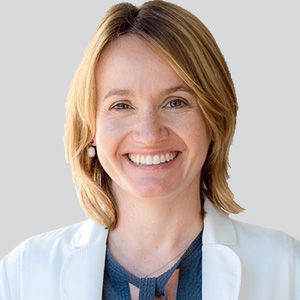 The pilot study had patients complete a baseline in-clinic evaluation at Visit 1, a repeat in-clinic evaluation at Visit 2 following 6 weeks of randomization to AKL-T03 or AKL-T09, and a third visit 8 weeks later to determine the persistence of effects. At Visit 3, 70% of participants randomized to AKL-T03 maintained clinically meaningful ≥4-point increase in SDMT above their baseline, compared with 36.8% for AKL-T09 (P = .038).

“The improvements in BVMT-R and CVLT-II noted only with AKL-T09 suggest that this intervention, focused on visuospatial and verbal abilities, may have promising effects on another cognitive domain affected by MS, that is, verbal learning and memory,” Bove et al. wrote. They acknowledged that at face value, the AKL-T09 group might be better considered as an active comparator than a control. “A similar effect was seen with the control intervention in the PositScience BrainHQ® study,” they wrote.

Although, the authors did note that the higher rates of SDMT increases and persistent improvements at Visit 3 suggest that the AKL-T03 intervention is still superior with regard to processing speed.

The control game AKL-T09 is a digitally administered game that sets up the player to connect letters on a grid to spell as many words as possible. Points are earned by tracing words with 2 or more letters in any direction based on the number of words formed, word length, and use of uncommon letters, with progressive letter grid difficulty.

AKL-T03, on the other hand, is an investigational medical device software designed using a Selective Stimulus Management Engine (SSME) that engages a patient in 2 simultaneous sensory and motor tasks that engage frontal neural networks. The algorithms of the game adapt in both real time (during game play) and between treatment sessions to automatically adjust the level—or dose&mdash;for a personalized treatment experienced tailored to each individual.

“Interestingly, not only were we able to demonstrate improvements in cognition that were sustained, we also showed that demographic and clinical features typically associated with CIs appeared to predict the magnitude of response,” the study authors added.

Further studies are needed to determine ideal treatment conditions, including duration of a given treatment cycle and interval between cycles. Synaptic plasticity, or activity-dependent myelin repair should be elucidated to further understand mechanisms underlying these improvements.