The gene therapy from Novartis showed that it was both efficacious and well-tolerated in presymptomatic patients with SMA with 3 copies of SMN2, with no patients experiencing treatment-related serious adverse events. 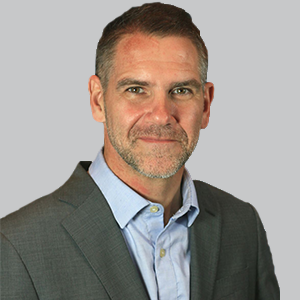 Results from the phase 3 SPR1NT trial (NCT03505099) of onasemnogene abeparvovec (Zolgensma; Novartis Gene Therapies) in presymptomatic patients with spinal muscular atrophy (SMA) showed that the therapy was both efficacious and well-tolerated for patients with 3 copies of SMN2. The results were presented at the 2022 Muscular Dystrophy Association (MDA) Clinical and Scientific Conference, March 13-16, in Nashville, Tennessee.1,2

The data presented from the multicenter, open-label study included 15 patients who all completed the study and showed that the primary and secondary end points were statistically significant compared with the cohort from the Pediatric Neuromuscular Clinical Research (PNCR) natural history data set (P <.001). All patients were alive, and none needed ventilatory or feeding tube support at any time during the study. Additionally, 100% of the cohort achieved the ability to stand alone—of which 93% (n = 14) did so within the World Health Organization (WHO) Multicentre Growth Reference Study (MGRS) developmental window. There were 14 patients who walked alone, 11 within the WHO-MGRS developmental window.

“Results from SPR1NT again confirm the remarkable impact of Zolgensma for children at risk for SMA who are treated before the onset of symptoms. In sharp contrast to the natural course of SMA, children treated preemptively with Zolgensma are standing and walking, with few or no signs of neuromuscular disease. Many of these children achieve patterns of motor development indistinguishable from their healthy peers without SMA,” Kevin A. Strauss, MD, medical director, Clinic for Special Children, in Pennsylvania, and lead author of the MDA poster, said in a statement.2 “These data clearly demonstrate the value of newborn screening for SMA, which is vital to affording children the earliest diagnosis and treatment to ensure the best possible outcomes.”

Those included in SPR1NT were presymptomatic patients who were expected to develop SMA because of the presence of biallelic SMN1 deletions and 3 SMN2 copies, who all received a single intravenous infusion of onasemnogene abeparvovec and were assessed through 24 months. Strauss and colleagues noted in their poster that “SMA causes loss of motor and respiratory function because of SMN1 deletion/mutation. Copies of SMN2 modify disease severity. A range of phenotypes may occur with 3 SMN2 copies, and approximately 85% of patients develop symptoms in infancy and are unable to walk independently without intervention.”

Also presented at MDA was descriptive post-hoc analyses of a number of Zolgensma trials, as well as real-world data from the RESTORE registry, and a chart review of US patients who changed therapy to Zolgensma. The post-hoc analyses featured insight into the bulbar function, which Shephard Mpofu, MD, SVP and Chief Medical Officer, Novartis Gene Therapies, said in a statement “suggest Zolgensma can have an important impact on a child’s well-being” particularly because “the effect of SMA Type 1 on bulbar function often leads to debilitating complications, such as increased risk of aspiration, as well as social consequences from impairment of speech development.”2

The conference also featured a presentation from Arseniy Lavrov, MD, PhD, which detailed the design and primary purpose of the SMART trial (NCT04851873), an ongoing, open-label, single-arm, multicenter study aimed at systematically collecting safety and tolerability data for the therapy in symptomatic patients with SMA weighing 8.5-21 kg.3

SMART will include approximately 24 participants across 3 weight groups: up to 8.5 to 13 kg, less than 13 to 17 kg, and more than 17 to 21 kg. The primary objective is to assess safety and tolerability over a 12-month period via the assessment of treatment-emergent AEs and serious AEs, as well as risks and changes from baseline for vital signs, cardiac safety, and clinical laboratory assessments.

Lavrov and colleagues wrote that “patients will receive prophylactic prednisolone 24 hours before the infusion and for at least 30 days, followed by tapering. On Day 1, participants will receive a single intravenous administration of onasemnogene abeparvovec followed by in-patient safety monitoring for 48 hours. After study completion, participants will be eligible to enroll in a long-term follow-up study.”