What You Need to Know About Pimavanserin for Parkinson Disease Psychosis

Hallucination is defined as seeing or hearing things that are not there, while delusions are defined as having false beliefs. Around 50,000 Americans are diagnosed with Parkinson disease every year, with about half of them developing hallucinations or delusions throughout the course of the disease.1

Pimavanserin is thought to exert its effect by being a 5-HT2A and, to a smaller degree, 5-HT2C receptor inverse agonist and antagonist. High-fat meals did not have a significant effect on pimavanserin. Age, sex, ethnicity, and weight were not factors relevant to the effects of pimavanserin. Patients with mild to moderate renal impairment had similar effects as patients with normal renal function. Severe renal impairments (CrCl <30ml/min) may result in increased exposure to pimavanserin but also does not require an initial dose adjustment. Patients with hepatic impairment had similar effects as patients with normal hepatic function.2

Table 1. Method of Supply
Pimavanserin is formulated and supplied under two dosage forms and two different strengths: 10-mg tablet and 34-mg capsule according to the package insert. A 17-mg tablet formulation is also available.2,3

Drugs that can prolong the QT interval may increase the risk of cardiac arrhythmias when used together with pimavanserin. Drugs that have documented risk of QT prolongation are antiarrhythmics (quinidine, amiodarone, sotalol, procainamide, disopyramide), antipsychotics (ziprasidone, thioridazine, chlorpromazine), and antibiotics (gatifloxacin, moxifloxacin). Avoid using any drug that may cause QT prolongation with pimavanserin.2

Carbidopa/levodopa does not require a dosage adjustment when used together with pimavanserin.

Pimavanserin is contraindicated in any patient with an allergic reaction to pimavanserin or any of its components.

Pimavanserin has a black box warning of increased all-cause deaths associated with dementia-related psychosis in elderly patients. In a clinical trial, the rate of death in this population was 4.5% in patients taking pimavanserin compared with 2.6% in patients taking placebo. The reasons for death vary but are most likely to be associated with cardiovascular and infections. A diagnosis of Parkinson disease psychosis is paramount when deciding whether to use pimavanserin.2

Pimavanserin prolongs QT interval. It should not be used with drugs that can also cause QT prolongation or in patients who already have a history of cardiac arrhythmias.

Common adverse reactions, regarded as an incidence rate of ≥5%, are listed in the table below. Hallucinations, urinary tract infections, and fatigue are some adverse events (AEs) more commonly seen in patients taking pimavanserin than placebo that led to discontinuation of pimavanserin. Other relevant AEs included constipation (4%) and gait disturbance (2%).2

There are no data on pregnancy and lactation in pregnant women. pimavanserin was evaluated for teratogenicity in animal studies. In rats, there was maternal toxicity at 2 times the maximum recommended human dose (MRHD; 34 mg/day), including mortality, dehydration, and decreases in body weight and food consumption. There was also decreased pup survival, litter size, pup weight, and food consumption. In rabbits, pimavanserin was not teratogenic at 12 times the MRHD. Maternal toxicity had the same clinical signs as rats did, but only at doses 12 times the MRHD.2

There are no dose adjustments required for elderly patients or in patients with less/more severe cognitive impairment.2

Notably, pimavanserin did not exhibit an effect on motor function improvements in patients with Parkinson disease, as measured through the United Parkinson Disease Rating Scale Part II and III, compared to placebo.

Before the approval of pimavanserin, there were no FDA-approved treatments of Parkinson disease psychosis. Instead, many clinicians would use second-generation antipsychotics off label to help reduce these symptoms for their patients. Clozapine was the agent that has shown to be the most effective in treating Parkinson disease psychosis. The issue with clozapine is its safety profile. Clozapine has numerous AEs, including agranulocytosis. Patients are required to have blood drawn at certain intervals prior to clozapine being dispensed at a pharmacy. This can make it rather inconvenient to prescribe clozapine.4,5

Quetiapine is another drug that is used for Parkinson disease psychosis. Unlike clozapine, there are not many clinical trials that prove quetiapine’s efficacy. However, quetiapine has a better safety profile than clozapine, with most of its AEs from metabolic syndromes.4 In studies comparing clozapine to quetiapine head-on, clozapine was shown to have an advantage in controlling hallucinations and reducing delusions. The approval of pimavanserin is a significant practical implication as it allows clinicians to select another drug for usage in these patients. There have been no trials comparing clozapine or quetiapine to pimavanserin.5

Pimavanserin is covered by all Medicare Part D programs, with 90% of the programs not charging a copay higher than $25. Patients with commercial insurance may qualify for $0 copay card. Patients with no insurance may qualify for financial assistance and may also require no payment. Clinicians can request a 14-day free supply of medications by going to www.nuplazidhcp.com and filling out the form.4,5

Pimavanserin is the first FDA-approved drug for treatment of hallucinations and delusions related to Parkinson disease psychosis. Patients should take one 34-mg capsule by mouth daily with or without food. If a patient forgets to take a dose, they can take the dose if they remember it, but should skip the dose if it is close to their next dose. Missed doses should not be doubled. Overdoses should be reported immediately to the clinician as ECG monitoring will be required to monitor for arrhythmias. pimavanserin should be stored at room temperature and away from light.2

Patients should let their clinician know all the medications that they are taking. Drugs that may prolong the QT interval (anti-arrhythmic drugs with pro-arrhythmic AEs, antibiotics, antipsychotics) should be avoided. Strong CYP3A4 inhibitors (ketoconazole) lead to increased exposure to pimavanserin and will require dose reductions to pimavanserin 10 mg a day. Strong CYP3A4 inducers (rifampin) may require dose increases.

AEs that may occur when taking pimavanserin include peripheral edema, nausea, hallucinations, and confusion. Patients should let their clinician know if any of these symptoms persist or bother them. Hypersensitivity to pimavanserin has occurred, and the drug should be discontinued after a reaction. Pimavanserin has a black-box warning for increased deaths in elderly patients with dementia-related psychosis. Pimavanserin is also known to cause QT prolongation.

An overview of the tweet chat on mental health in neurological disorders, featuring highlighted contributions from the medical community.
NeurologyLive Friday 5 — July 31, 2020 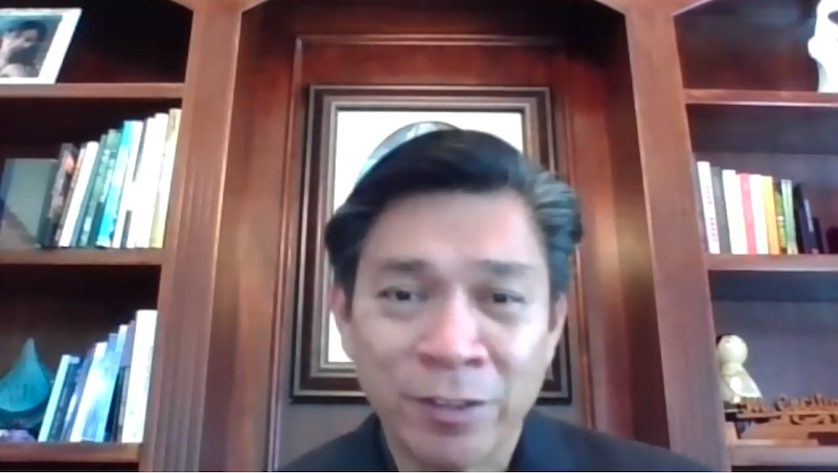 The director of the Center for Neurological Restoration at Cleveland Clinic details the direction of clinical research for Parkinson disease and efforts that are being made to alleviate quality of life issues for those with the disease.
Tweet Chat on Mental Health in Neurology Scheduled for July 29, 2020

Join NeurologyLive and the Women Neurologist Group on Twitter to discuss the importance of mental health and wellness in neurologic disorders.
FDA Approves App for Personalized Neuromodulation Control 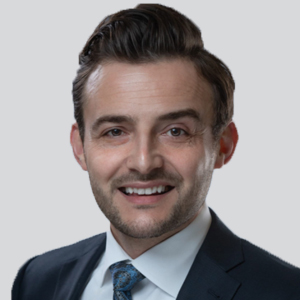 The Patient Controller app will be made available in the coming weeks, according to designer Abbott.
FDA Approves App for Personalized Neuromodulation Control

The Patient Controller app will be made available in the coming weeks, according to designer Abbott.
FDA Approves Xywav, Amantadine Reduces Daily "off" Time, Ticagrelor Lowers Risk of Composite of Stroke 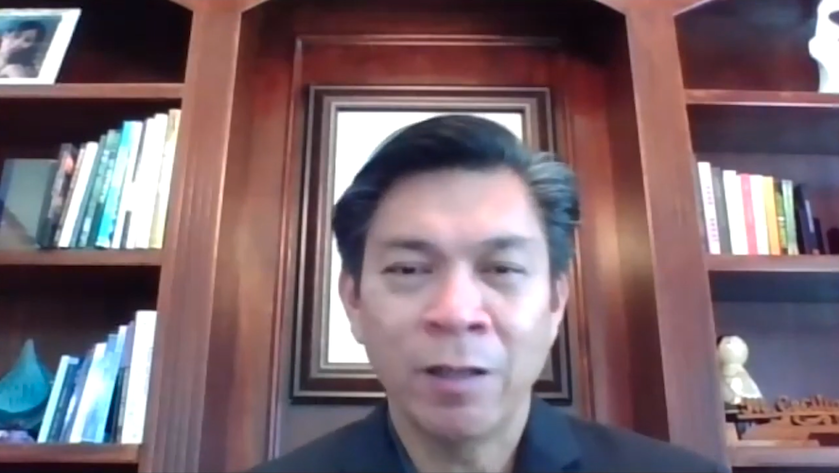 The director of the Center for Neurological Restoration at Cleveland Clinic discussed the importance of raising awareness of Parkinson disease on World Brain Day, highlighting the magnitude of the disease.
World Brain Day: Hot Topics in Parkinson Disease

This year, the World Federation of Neurology partnered with the International Parkinson and Movement Disorder Society to spotlight advancements in Parkinson disease.
World Brain Day: Hot Topics in Parkinson Disease

This year, the World Federation of Neurology partnered with the International Parkinson and Movement Disorder Society to spotlight advancements in Parkinson disease.
Amantadine Reduces Off Time, Disruptive Motor States in Parkinson Disease 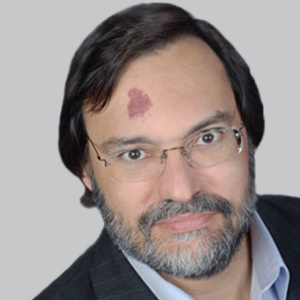 The FDA-approved medication showed a robust ability to decrease hours spent “on” with troublesome dyskinesia in patients with Parkinson disease.
NeurologyLive Friday 5 — July 17, 2020

Take 5 minutes to catch up on NeurologyLive's highlights from the week ending July 17, 2020.
First Dataset on Parkinson Disease and COVID-19 Released 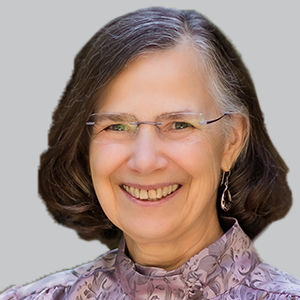 Data from the Michael J. Fox Foundation’s Fox Insight study reveal a number of consequences as a result of the virus for those with chronic neurologic diseases.
First Dataset on Parkinson Disease and COVID-19 Released

Data from the Michael J. Fox Foundation’s Fox Insight study reveal a number of consequences as a result of the virus for those with chronic neurologic diseases.
Podcast: Sequencing SNPs in Huntington Disease