Can Telemedicine Make a Difference in Neurology Subspecialties?

The staff neurologist at Cleveland Clinic’s Mellen Center for MS shared her insight into the use of telemedicine in an outpatient setting across a number of subspecialties in neurology and how it can supplement care going forward.
By: Matt Hoffman
Published: August 05, 2019 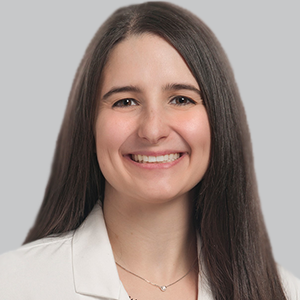 Marisa McGinley, DO
A few years ago, Cleveland Clinic began utilizing telemedicine in neurology subspecialties to evaluate the ­personal use of video-conferencing platforms in neurology. These at-home virtual visits were planned to better patient access to neurological subspecialty care that would normally require them to travel to the closest center of care.

Marisa McGinley, DO, staff neurologist, Mellen Center for Multiple Sclerosis Treatment and Research, Cleveland Clinic, and colleagues spoke during a plenary session at the 2019 American Academy of Neurology (AAN) Annual Meeting, to share these data from the last 4 years of the institution’s telemedicine program. All told, the data included 3958 patients and 5646 virtual visits in a number of subspecialties, including headache (21.4%), epilepsy (19.1%), spinal disorders (15.7%), movement disorders (10.8%), psychiatry (6.4%), autonomic disorders (5.7%), cerebrovascular conditions (4.8%), and cognitive disorders (3.6%).

McGinley sat with NeurologyLive® to discuss the feasibility of implementing subspecialty tele-neurology services and the high patient ratings for these services.

NeurologyLive®: What prompted the work that you and your colleagues did at Cleveland Clinic?

Marisa McGinley, DO: In the fields of medicine, telemedicine has been utilized more frequently for a lot of chronic conditions and there's been a lot of promising data that patients enjoy it, they get a lot of satisfaction from it, that it improves access to care, and it has the potential to reduce costs. But within the field of tele-neurology, there's actually been kind of a slower uptake of the utilization. The initial use of tele-neurology was in stroke care. Think telestroke, where you improved access to neurology care and a large variety of hospitals on an acute basis—inpatient basis—to provide stroke care. There's been even less utilization in the more chronic outpatient neurology setting, and so we saw this as a gap in care at Cleveland Clinic.

About 4 years ago, we started using outpatient tele-neurology and the study that we presented kind of just showed that implementation of tele-neurology across subspecialty domains, again, because what is out there in literature right now is sort of individual utilizations within 1 disease state, and on a smaller scale and using different types of platforms. Within the field of telemedicine in general, the initial kind of stage was more inconvenient platforms where patients still had to travel to a physician's office, have someone there with them to connect them to the other kind of subspecialty provider, or it was just an audio-based, or was asynchronous.

Are there any differences in system used in this work, and how it was used, compared to those initial telemedicine platforms?
The platform that we utilize at Cleveland Clinic is a video-audio conferencing one, and it's used on a personal device, so patients just have to have a smartphone, laptop, or computer, and they can connect wherever they want to. It's definitely a more convenient and accessible option, you don't have to have any kind of truly specialized technology and you don't have to have an intermediary, so that was sort of the big advantage of the platform that we utilized. Then, the other change was obviously the vast use within the subspecialties and so we presented that implementation.

What data did the study include and what did you find?

In the first year, we only had about 30 visits and then in the most recent year, there were over 4000 visits. We presented over 5000 tele-neurology visits across the subspecialties that represented over 3000 individual patients. What we looked at was sort of where those patients were located. We want to know are these patients that are local or people coming from a distance, to understand that. We broke the data down into close, so the Cleveland area—like a regional thing, which is surrounding cities—further regional, which is the across the like state of Ohio, and then far regional, which is kind of everything outlying Ohio.

What we saw is there was actually an equal breakdown of where patients were utilizing it. Literally about a quarter in each of the different categories, sort of indicating that: A. Local patients are using it, so even the patients that could drive 10–15 minutes are still choosing to utilize tele-neurology and their providers think that's a good idea, but then, B. The people that live a great distance are also utilizing it. But there wasn't kind of a preponderance in 1 location. That was sort of an interesting observation.

The other thing was kind of which subspecialties were utilizing it. Headache definitely had the most visits, which also might reflect that we have a large headache department. Epilepsy was next, but again, it was utilized in all of the specialties. Within that, we also looked at kind of overall travel saved, and there was over almost 1.5 million miles saved in travel. We didn't do an economic breakdown of the cost savings, but obviously, for patients, that's gas, time off work, finding somebody, and so there is kind of the hint that there could be substantial savings for patients, and then greater access.

Every patient was given the opportunity to kind of rate their experience and their provider, and overall there were phenomenal ratings of like 4.7, 4.8 for both of the user experiences on the 5-point scale, so it was well-received by patients.

What are the implications of this study for the use of telemedicine in neurology?

In general, what we kind of saw with our study was that it was feasible to utilize tele-neurology across the sub-disciplines and that there was an increasing demand from both providers and patients to offer these tele-neurology visits. I think it was kind of a great first step in just indicating that this is going to be something that we utilize in the future. It's just figuring out exactly where it's best placed and how we can optimize the use of it because it is not going to completely take over our in-person visits—there are going to be times where exams are definitely still going to be important in neurology—but I think this is going to be a great supplement to how we practice and a great option for patients to get access to care in a different way.