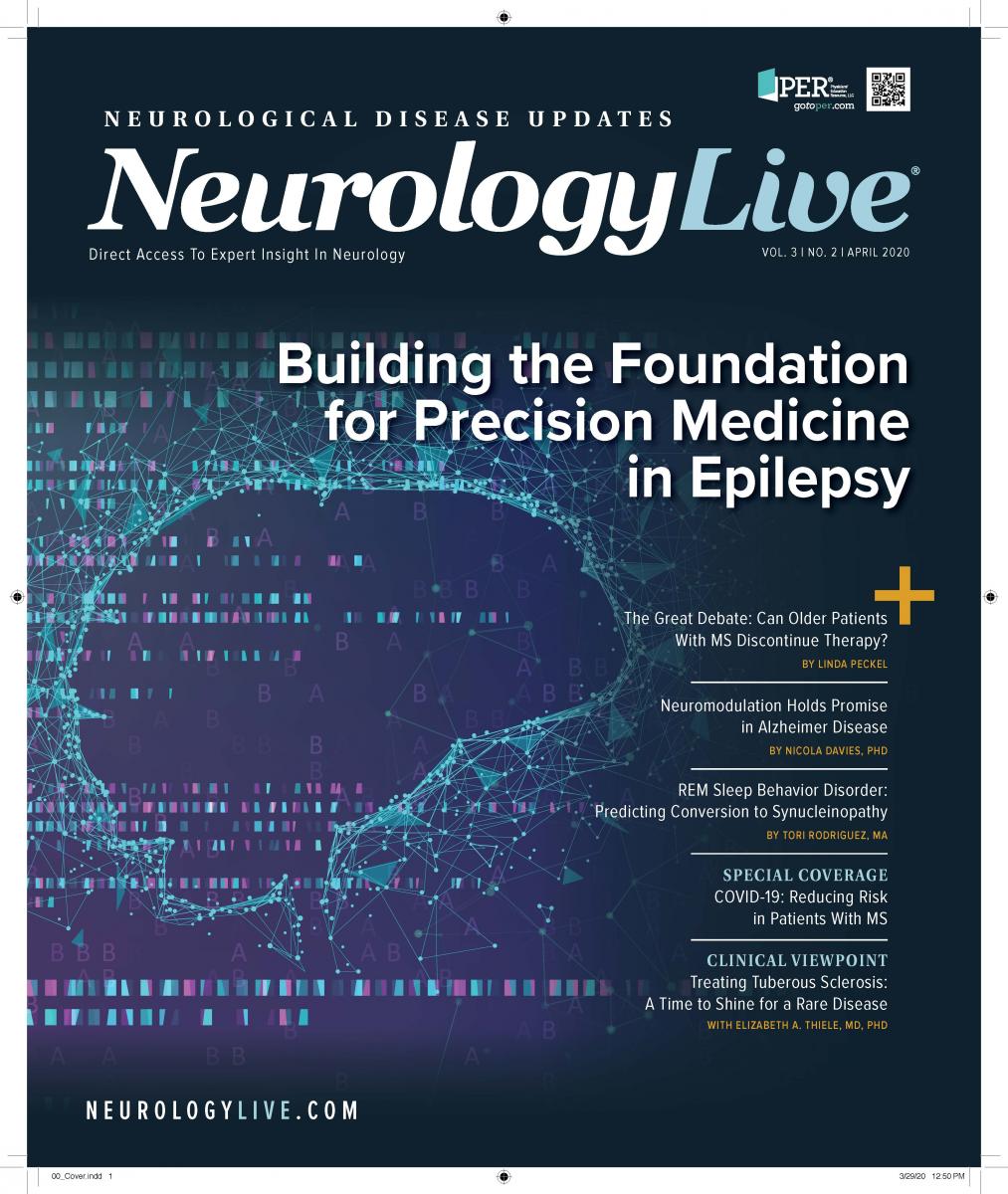 Phase 3 Trial of Gaboxadol Is Underway for Angelman Syndrome

Gaboxadol is the first treatment in 50 years associated with positive change in outcomes in Angelman syndrome.
By: Marco Meglio
Published: February 29, 2020
By mid-2020, Ovid Therapeutics is expected to report topline data from its phase 3 pivotal trial of OV101, also known as gaboxadol, for the treatment of Angelman syndrome (AS).1 The NEPTUNE trial (NCT04106557) comes on the heels of a phase 2 study that showed overall improvement in patients treated with the therapy, a feat achieved for the first time in 50 years.2

“We’re hoping to see that the trial is well conducted. We’re hoping to see that the drug is safe in patient populations with Angelman down to 2 years of age and whether the efficacy data supports gaboxadol as the first potential disease-modifying drug treatment for Angelman syndrome,” Christopher Keary, MD, associate program director, Autism Spectrum Disorder Fellowship, and behav- ioral director, Angelman Syndrome Clinic at Massachusetts General Hospital in Boston, told NeurologyLive®.

One of the challenges that Ovid has faced in bringing gaboxadol (and really, any treatment) forward in treating AS has been the multifaceted impact of the disease. AS affects various functions, including speech, general cognition and learning, motor function, behavior, and sleep.

In addition, the lack of treatment for the condition is coupled with a lack of good outcome measures for that many domains. Just as well, many outcome measures for behavior are designed for individuals who have expressive verbal abilities, whereas most patients with AS are minimally verbal.

“This has a way of creating a barrier to doing research in this field,” Keary explained. “If you don’t have these really great outcome measures that are designed for these rare neurodevelopmental disorders, that can have a chilling effect on doing research. That was
part of the reason as to why, in the trial design, it was thought to use the CGI-I [Clinical Global Impressions-Improvement] scale—to try and capture what clinicians who care for people with Angelman syndrome do in the office.”

NEPTUNE, which randomized its first patient in September 2019, has an estimated enrollment of 65 patients and will be quadruple masked to include the participant, care provider, investigator, and outcomes assessor (FIGURE). There are study sites in Arizona, California, Pennsylvania, and Washington, as well as Israel. The trial is expected to be complete in August 2020. 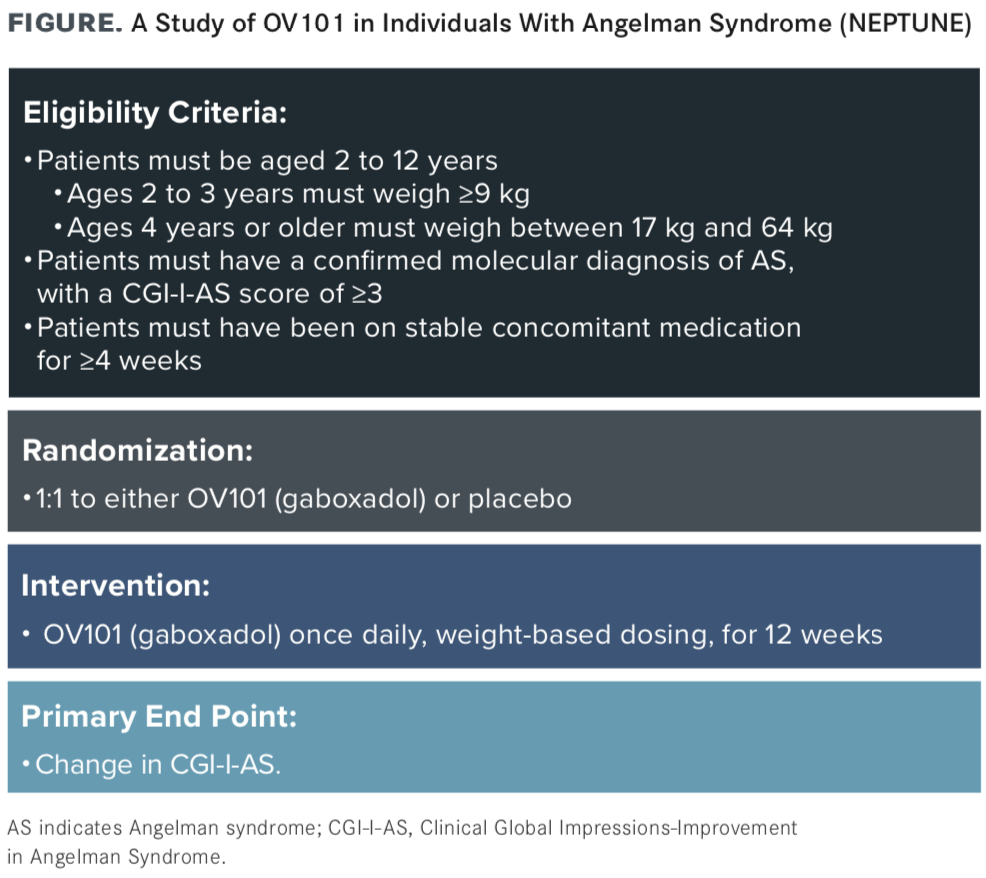 Thus far, only a single adjustment to the trial design has been made. Those who participated in STARS are eligible to participate in ELARA (NCT03882918), an open-label trial where subjects may maintain treatment with gaboxadol for a number of years. An amendment was made to allow those who complete NEPTUNE to also enroll into ELARA.

Keary explained that 1 of the notable assessments the trial will make is its examination of the pharmacokinetic (PK) properties of gaboxadol in children with AS. These data have already been collected from an adult population of individuals with AS and those who are neurotypical.

“PK data and safety data will first be analyzed in ages from 9 to 12, before moving on to recruitment for subjects between 4 and 8, and then before recruitment of subjects [aged] 2 to 3 to ensure safety and tolerability,” Keary said. “The decision was made to use actig- raphy to measure indexes of sleep, it being sort of the best way that we could do it rather than just using parental reports for sleep findings, to try and get the best data that we possibly could.”

With NEPTUNE underway, the potential of gaboxadol is becoming clearer. The phase 2 STARS data ultimately suggest that the treat- ment is tolerable, as those with AS tend to be extraordinarily sensi- tive to medications and that the levels of global improvement were different enough between treatment and placebo to suggest it was clinically meaningful.