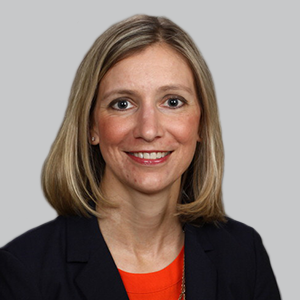 “It is important to understand what information different neurodegenerative biomarkers provide to aid in both diagnosis and prognosis, especially because each marker is likely to be reflective of a different composite of pathological processes,” wrote first author Michelle M. Mielke, PhD, professor of epidemiology and neurology, and researcher, Mayo Clinic, and colleagues.

Mielke and colleagues found that associations between CSF t-tau or NfL and longitudinal neuroimaging markers did not differ by CSF Aβ42 status after adjusting for age and sex. Higher CSF Ng was associated with greater declines in temporal lobe thickness (b, –0.464 [SE, 0.140]; P <.001), AD meta-ROI thickness (b, –0.471 [SE, 0.151]; P = .002), and cingulum FA (b, –0.662 [SE, 0.240]; P = .006) in amyloid-positive individuals compared to amyloid-negative individuals. Restricting the analyses to participants with all neuroimaging modalities yielded similar results, with the exception that the interaction between CSF Ng and CSF Aβ42 for cingulum FA was no longer significant (P = .015).

Lastly, increasing levels of CSF t-tau (b, –0.579 [SE, 0.218]; P = .008) and Ng (b, –0.664 [SE, 0.231]; P = .007) were associated with greater reduction in AD meta-ROI cortical thickness longitudinally in participants with MCI compared to those without. No differences were seen between CSF NfL and all neuroimaging outcomes between participants with or without diagnosed MCI.

“The present study contributes further insight regarding information each of these three candidate CSF markers may provide and how they can best be used for clinical and research purposes. Of the three, CSF Ng appears to be the best marker of AD-related pathological neurodegeneration (NfL, Ng, and t-tau) and will be most helpful for AD diagnosis and AD-related prognosis,” Mielke and colleagues wrote.

“Although CSF t-tau provides some indication of AD pathology, it appears to be less specific than Ng. Last, CSF NfL is non-specific to AD pathology. The measurement of CSF NfL has the added benefit of providing information regarding non-AD related pathologies, potentially due to vascular and other causes, and will add information about overall prognosis,” they concluded.