After switching from nusinersen to Zolgensma 147 days into life, the infant scored a 64 on CHOP-INTEND score, considerably higher than what is observed in the natural history. 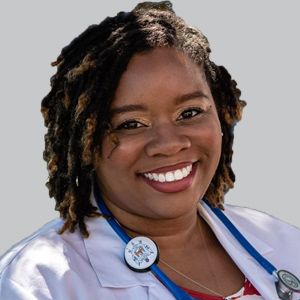 For the first time, nusinersen (Spinraza; Biogen), a treatment for spinal muscular atrophy (SMA), has been proven to be a feasible bridge therapy to onasoemnogene abeparvovec-xioi (Zolgensma; Novartis), the first and only gene therapy approved for the disease.1

In this single-patient case report, a prenatally diagnosed male with SMA type 1 who received nusinersen first and switched to Zolgensma demonstrated major motor milestones such as walking independently at 17 months and ambulating independently without falls at 18 months. Recently, the phase 3b ASCEND trial was announced, planning to assess the effects of nusinersen in infants who had been treated previously with risdiplam (Evrysdi; PTC Therapeutics).2

Once on Zolgensma, the infant began receiving physical and occupational therapy, and by 17 months of age, began walking independently. At his most recent neurology clinic visit, or 18 months, he was ambulating independently without falls.

Results on Children’s Hospital of Philadelphia Infant Test of Neuromuscular Disorders (CHOP-INTEND) scores, which quantify the natural decline of motor skills in SMA, showed steady improvement up till the patient’s most recent visit. At 7 weeks of life, the individual scored a 36 on CHOP-INTEND score, which improved to 62 of a possible 64 at 6 months of life and 64 at 18 months of life.

The mechanism of actions between each therapy are slightly different as well. Zolgensma delivers a copy of the gene encoding the human SMNprotein, which enables the patient to make the SMNprotein their lacking. Nusinersen, on the other hand, makes the SMNprotein produced by the SMN2 gene functional. It works by fixing RNA splicing error, which leads to exon 7 being skipped and a fault protein being produced by SMN2.

The approval of Zolgensma was based on data from the phase 3 STR1VE trial and the phase 1 START trial, which evaluated the efficacy and safety of the gene therapy in patient with SMA type 1 who showed symptoms of SMA at less than 6 months of age. Since its approval, there have been several post hoc analyses from those studies, including data most recently presented at the 2022 Muscular Dystrophy Association (MDA) Clinical and Scientific Conference, March 13-16, Nashville, Tennessee. In one particular analysis, the therapy was shown to improve bulbar function, a swallowing a speech problem commonly reported by patients with SMA type 1.4