The concept of cognitive reserve refers to one’s capacity to be resilient to age-related brain degeneration and disease-related pathology. 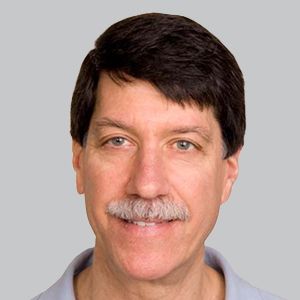 A high degree of lifespan cognitive reserve is associated with a reduction in dementia risk, even in the presence of brain pathologies, according to data presented at the 2019 Alzheimer’s Association International Conference, July 14-18, in Los Angeles, California.1

The study, which was simultaneously published in JAMA Neurology,2 sought to examine the impact of cognitive reserve on dementia risk, as new research suggests that higher cognitive reserve may be linked to a decreased risk for dementia.

“The concept of [cognitive reserve] refers to the capacity to be resilient to age-related brain changes and the disease-related pathology in the brain without developing clinical dementia through enhanced brain network efficiency, capacity, or flexibility,” the authors, including David Bennett, MD, the Robert C. Borwell Professor of Neurological Science and director of the Rush Alzheimer's Disease Center, wrote.2

Data were collected from 2022 participants in the Rush Memory and Aging Project, which included annual follow-up from 1997 to 2018. Ultimately, 1602 dementia-free participants were included in the analysis. Information regarding cognitive reserve, including data on education, early, mid-, and late-life cognitive activities, and social activity in late life were collected at baseline. Over the course of follow-up, participants were evaluated for incident dementia; ultimately, 611 died and underwent autopsy.

All told, the findings shine a light on the significance of lifespan cognitive reserve in the prevention of dementia.

“These results were consistent with other studies and the [cognitive reserve] theory that [cognitive reserve] could reduce dementia risk and compensate for or cope with dementia pathology through other pathways rather than avoiding pathology directly,” the investigators concluded.2 “Our findings suggest that accumulative educational and mentally stimulating activities enhancing [cognitive reserve] throughout life might be a feasible strategy to prevent dementia, even in people with high AD or vascular pathologies. Further large population-based longitudinal studies are warranted to establish the strategies of engagement in [cognitive reserve]-related activities for the prevention of dementia.”