The composite score, which consisted of 6 linguistic features and 3 acoustic features, was shown to be sensitive to measures of disease progression, with a potential to help understand treatment response. 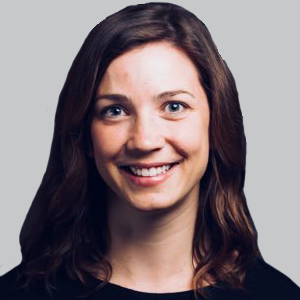 "Given the crucial role that language changes play in Alzheimer’s, automated language processing represents a new tool to characterize speech and language patterns and provide additional insight into a patient’s condition," Jessica Robin, PhD, director, Clinical Research, Winterlight Labs, said in a statement.1 "We’ve worked to streamline the process of implementing automated tools into research, allowing for low-burden assessments suitable for remote testing that can help demonstrate how language changes because of disease progression or therapeutic interventions."

Presented at the 2022 Alzheimer’s Association International Conference (AAIC), held July 31 to August 4, the study analyzed CDR recordings from a subset of 101 English-speaking, US-based participants from the phase 3 Tauriel trial (NCT03289143) of semorinemab (AC Immune/Genentech) in patients with prodromal to mild Alzheimer disease (AD). CDR recordings were collected at baseline, 6-month, 12-month, and 18-month time points, and each were segmented, diarized, and transcribed to identify the participant’s responses to the recent experience section of a clinical interview.

Speech samples were analyzed using the Winterlight speech analysis platform, which generates more than 500 acoustic and linguistic features from the audio recording and text transcript of each sample. Furthermore, the study identified multiple features that had significant linear effects of time, which were combined into an unweighted composite speech score to measure multimodal speech changes and compared with other clinical end points from the trial.

Tauriel was a double-blind, parallel-group study in which patients were blinded to intravenous infusions of placebo or semorinemab 1500 mg, 4500 mg, or 8100 mg every 2 weeks for the first 3 infusions and every 4 weeks thereafter. To be considered for the study, patients must have had Mini-Mental State Examination (MMSE) scores between 20 and 30 and had confirmed ß-amyloid pathology shown on PET or cerebrospinal fluid assessment.

From baseline to 18 months, the novel speech composite score, which included 6 linguistic features and 3 acoustic features, demonstrated a significant longitudinal change compared with standard assessments of cognition and function including the CDR-SB, ADAS-Cog, and RBANS. This composite score, specifically consisting of word length, word frequency, syntactic depth, use of nouns, pronouns and particles, and acoustic characteristics based on the power spectrum of the voice, also showed better effect size for detecting longitudinal change in language subscales of the ADAS-Cog and RBANS.

The speech composite was also tested on generalizability and replicability using a held-out test data set (n = 26) from the same trial and showed similar longitudinal progression. While promising, these results need further validation to confirm the clinical and neuropathological relevance of this novel measure, the investigators noted. Robin added, "Collaborating with Genentech to analyze speech samples from a well-characterized, longitudinal trial cohort has enabled us to advance the study of language changes in Alzheimer."

In early 2021, Robin and her colleagues published a proof-of-concept study in which participants completed a standardized speech assessment and neuropsychological assessments such as the Montreal Cognitive Assessment and ADAS-Cog. Old adults who scored above the MoCA threshold had better performance on speech composites reflecting language coherence, information richness, syntactic complexity, and word finding abilities. Additionally, from baseline to 6-month follow-up, those with mild cognitive impairment and AD showed more rapid decline in the coherence of language, which suggested that this score may be useful for detecting both cognitive decline and monitoring change over time.3