In a phase 2 study, fosgonimeton showed positive effects on measures of cognition, function, and neurodegeneration when taken as a monotherapy, prompting an unblinded interim analysis. 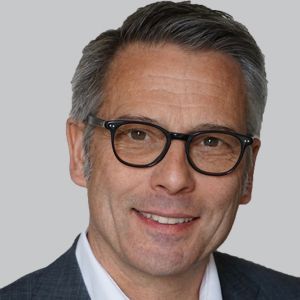 After an unblinded interim efficacy and futility analysis of fosgonimeton (also known as ATH-1017) proved to be positive, an independent data monitoring committee recommended the continuation of the agent into the phase 3 LIFT-AD study (NCT04488419) of patients with mild-to-moderate Alzheimer disease (AD). Athira Pharma, the developer of fosgonimeton, noted that it is targeting to complete enrollment in mid-2023, with a topline data readout in early 2024.1

The unblinded interim analysis, which featured 100 individuals not on background acetylcholinesterase inhibitor (AChEI) therapy, was conducted to corroborate observations from the pivotal phase 2 ACT-AD study (NCT04491006) and to ensure that LIFT-AD is powered to determine the clinical efficacy of fosgonimeton. Given the preliminary effect size observed, it was determined that a total enrollment of less than 300 patients without background therapy would suffice to power the primary end point of Global Statistical Test.

"The results from the data monitoring committee’s unblinded analysis give us confidence in a potentially positive outcome for LIFT-AD, as stringent evaluation criteria were applied based on validated and clinically meaningful cognitive and functional outcomes," Hans Moebius, MD, PhD, chief medical officer, Athira, said in a statement.1 "This analysis supports the potential clinical benefits of fosgonimeton treatment and underscores the rationale for continued development of this promising new therapy."

Fosgonimeton, a small molecule hepatocyte growth factor (HGF) and MET enhancer, originally failed to meet its primary or secondary end points in the phase 2 ACT-AD study when used with standard-of-care acetylcholinesterase inhibitors (AChEIs). The study included 77 patients with mild-to-moderate AD, of whom 60% continued on stable doses of AChEIs with fosgonimeton. In the modified intent-to-treat population, mixed model repeated measure analysis of the pooled 40-mg and 70-mg groups showed a change of –6.02 ms in event-related potential (ERP) P300 latency, the primary end point assessing working memory processing speed, which was not significant. Secondary end points, which included the change in Alzheimer’s Disease Assessment Scale-Cognitive Subscale (ADAS-Cog11), Alzheimer’s Disease Cooperative Study–Activities of Daily Living (ADCS-ADL23), and ADCS-Clinical Impression of Change scores, were not significant in fosgonimeton-treated individuals compared with placebo at 26 weeks.2

Development of Insomnia Leads to Worsened Middle- and Late-Age Cognition

The odds of having memory worsening at follow-up after 3 years were almost 30% greater for those who exhibited deteriorating insomnia status than those who showed signs of improvement.

Despite these findings, the agent did show a potentially meaningful difference change of –28 ms in ERP P300 latency after 26 weeks when used as a monotherapy. This group also demonstrated cognitive improvements, as represented by changes of –3.3 points on the ADAS-Cog-11 and statistically significant improvements in plasma neurofilament light chain, a validated fluid biomarker of neurodegeneration, by 6.89 pg/mL (P = .018).These findings, announced in late June 2022, led to the amending of LIFT-AD months later to assess the agent solely in patients with AD without AChEIs.3

In ACT-AD, across individuals with and without background AChEIs, fosgonimeton demonstrated a safe profile, with no treatment-related serious adverse events (AEs) or deaths. There was a higher incidence of treatment-emergent AEs observed in the active drug compared with placebo throughout the study period. The most frequent AE was injection site reaction, sometimes associated with transient and asymptomatic increases in absolute eosinophil count.2

"We are very excited by the results of this independent review as we believe they mitigate the risk of the fosgonimeton development plan, support the potential clinical benefit of fosgonimeton and inform the sample size needed to achieve success with LIFT-AD,” Mark Litton, PhD, president and chief executive officer, Athira, said in a statement.1 "Importantly, we have a strong balance sheet to execute our plans through key data readouts and beyond. Moving forward, we remain keenly focused on advancing this novel investigational therapy with the hope of positively impacting the lives of millions of Alzheimer’s patients."