Michael Levy, MD, PhD, leads a discussion on the safety and efficacy of FDA-approved therapies for the management of NMOSD.

EP: 5.Clinical Presentation of NMOSD and Overcoming Barriers to Access to Care

EP: 6.Disease Burden and Quality of Life for NMOSD

EP: 13.Goals of Therapy for NMOSD

Michael Yeaman, PhD: There are 3 approved therapies in parts of the world that minimize relapses, particularly in individuals who are seropositive for anti-aquaporin-4 IgG. Let’s take a moment to discuss the relative efficacy and safety of these medicines in patients with NMOSD [neuromyelitis optica spectrum disorder]. Michael, I’ll start with you in terms of a quick summary of their comparisons.

Michael Levy, MD, PhD: First, it isn’t exactly an apples-to-apples comparison. We’re taking 3 different trials and trying to compare across them, even though some of the design is different and some of the patient population is different. But all those caveats taken, we can look at the different trials and say that with eculizumab, one of 3 FDA-approved drugs, the reduction in risk of relapse is better than 94% compared with background immunotherapy, such as azathioprine or mycophenolate. This is a remarkably effective drug that was tested in a large patient cohort and reproduced with a new version of eculizumab called ravulizumab, which will come out next year.

Michael Yeaman, PhD: Thanks, Michael. Mirla, with your experience using the approved therapies, do you see more effectiveness or safety in certain populations in your cohort?

Mirla Avila, MD: We need to have more head-to-head trials and trials in minority populations to be able to compare. Because in general, I see more relapses in my patients of African descent and Hispanic patients. But we don’t have large trials with FDA-approved medications to see how well they respond. Is it because of the genetic difference that we talked about, in which they’re going to have more aggressive NMOSD than White patients? To answer that question, we need more research.

Michael Yeaman, PhD: Thanks, Mirla. Mitzi, in your experience, do you notice differences in efficacy or safety of the approved therapies or off-label therapies in your patient population?

Mitzi Williams, MD: So far, I haven’t noticed a difference in my population, which is primarily Black, or African American. I haven’t seen significant differences compared with discussions with my colleagues or my other patients. But as it’s been alluded to, we need larger studies to better understand whether there are minute differences that may be affecting outcomes. So far, so good.

Michael Yeaman, PhD: Thanks, Mitzi. Michael, do you see differences in terms of efficacy or safety in the population that you care for?

Michael Levy, MD, PhD: No. In fact, I see equivalent benefit among all 3 drugs among all races in my clinic.

Michael Yeaman, PhD: For those who have experience using ravulizumab in a clinical trial setting, do you see ravulizumab being effective in diverse patient populations? Michael?

Michael Levy, MD, PhD: We participated in the trial and enrolled 2 Hispanic patients. Across all 73 patients in the study, including 2 of my Hispanic patients, there were 0 relapses. I’m hopeful. I’d like to see more participation of non-White people so that we know these drugs are useful. But in my limited experience, it seems to be beneficial.

Michael Yeaman, PhD: That’s a great point. We’ll touch on that in just a moment. Mitzi, have you used ravulizumab?

Mitzi Williams, MD: No, I haven’t participated in any of the clinical trials, but I look forward to using it in practice once it becomes available.

Michael Yeaman, PhD: Thank you, Mitzi. Mirla, have your patients been prescribed ravulizumab in a clinical trial setting?

Mirla Avila, MD: No, I haven’t participated in the trial either. But I’m eager to know the results and to prescribe it.

Michael Yeaman, PhD: It’s looking pretty good so far, but we can talk about that another time. I want to come back to the safety and adverse event profiles, as they might differ among different populations. Relapses aside, let’s talk about infusion reactions, allergies, or other adverse effects that you might notice that might be different in certain subsets of your population. Mirla, do you see differences in adverse events in different parts of populations that you see and treat?

Mirla Avila, MD: I haven’t seen any difference in adverse events. Most of the medications are very tolerated. In regard to infusion therapies, usually we’ll premedicate, and with that, we’ll mitigate any symptoms, especially with the first infusions. But I haven’t had complaints. Patients have tolerated the medications pretty well.

Michael Yeaman, PhD: Thanks, Mirla. Mitzi, similar question. Some approved medicines require intravenous access. Others are injectable. What are your thoughts about your patient population with respect to different modes of administration and patterns that they tolerate or don’t tolerate well?

Mitzi Williams, MD: I haven’t seen a huge preference. The best medication is one that the patient can actually take, so we take into account factors that can affect adherence. If they need a self-administered therapy, could it be because they have issues with transportation? They can’t do a frequent infusion. They don’t have the ability to access. Every person is different. It depends on their priorities with their lifestyle and the things they’re trying to do. I haven’t noticed much of a difference in terms of preference, but as Michael mentioned, it goes back to shared decision-making being extremely important in finding out their priorities and choosing the best therapy based on their priorities and the efficacy.

Michael Yeaman, PhD: Michael, to circle back to the big picture, are there special considerations that you have experience with in regard to therapies as they relate to race or ethnicity? For example, access as it might factor into your decision-making or into your observation of patterns of adverse events in certain populations vs others who might access health care more frequently, in whom you keep a closer eye on disease activity?

Michael Levy, MD, PhD: As Mitzi said, the best medication is the one the patient is going to take. The correlate is that they’re going to be compliant, so they’ll actually take the medication. Some of these medications, such as eculizumab, require an infusion every 2 weeks. This can be a great burden on patients, so we try to provide that medication at home. That makes the burden a little less. Ravulizumab is every 8 weeks, which helps a lot in that regard. Some of the infusions are only twice a year, which is easy for patients. Some don’t live near an infusion center. For them, maybe a monthly injection that they can pick up at their pharmacy is the best approach. Patients think through all these issues when we present them the efficacy, safety, and logistics data. We want to ensure that the patient is going to be able to take the medication, access it, pay for it, have it covered by insurance, and then tolerate it well. 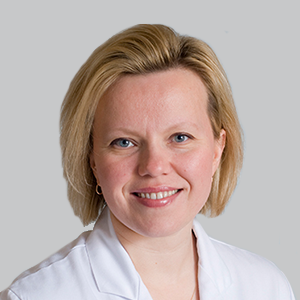